Enable Javscript for better performance
Even I have been a victim of nepotism: Saif Ali Khan- Cinema express
ADVERTISEMENT

Even I have been a victim of nepotism: Saif Ali Khan

The actor opens up about a variety of topics such as spending quality family time during the lockdown, his experience of working with late Sushant Singh Rajput and nepotism in the industry

Saif Ali Khan is one of a few Bollywood actors who have managed to etch their name across mediums while also offering variety in performance. Just this year, two of his theatrical releases, romantic comedy Jawaani Jaaneman and period drama Tanhaji: The Unsung Warrior, saw him in contrasting roles and were both widely acclaimed. The actor held a conversation with senior journalist Kaveree Bamzai in a chat arranged as part of Indulge Time Pass, a series of webinars organised by The New Indian Express group, and sponsored by SRM University. He opened up about a variety of topics, including spending quality family time. “One of the most special things of this lockdown for me has been spending quality time with Taimur,” he began, before going on to discuss the books he has been reading lately. "It reminds us the world has seen worse and will survive this too. I've been reading Decameron, The Thousand and One Nights and memoirs of people who have been imprisoned,” he says, adding that, he has also been honing his culinary skills during the lockdown. “I’ve made biryanis with layers, some Chinese food and even Asian fish. I’ve been cooking every day for almost 90 days now and I'm also growing a small garden in my house.”

Saif then went to share his experience of working with the late Sushant Singh Rajput in Dil Bechara that’s coming out on July 24 on Disney+ Hotstar. “He was a talented actor and a good-looking guy. I thought he had a bright future. He was polite to me and appreciated my guest appearance in the film. He wanted to talk about many topics like astronomy and philosophy. I got the feeling he was brighter than I was.”

Reacting to the nepotism row and Kangana Ranaut’s scathing remarks, he said, “I have no idea what Kangana was saying on Koffee with Karan because I don’t think like that. As far as Karan is concerned, he has made himself a large symbol and it seems like he’s attracting a lot of flak for it. The truth is always complicated. There’s much more to it but people aren’t interested in that. I hope the tide is over and better things shine through.” He hoped to see a wave of good change involving more dialogue, arguments and demonstration. “There is inequality in India that needs to be explored. Nepotism, favoritism and camps are different subjects. Even I have been a victim of nepotism but nobody speaks of that. I’m happy to see more people from film institutes come to the forefront.” 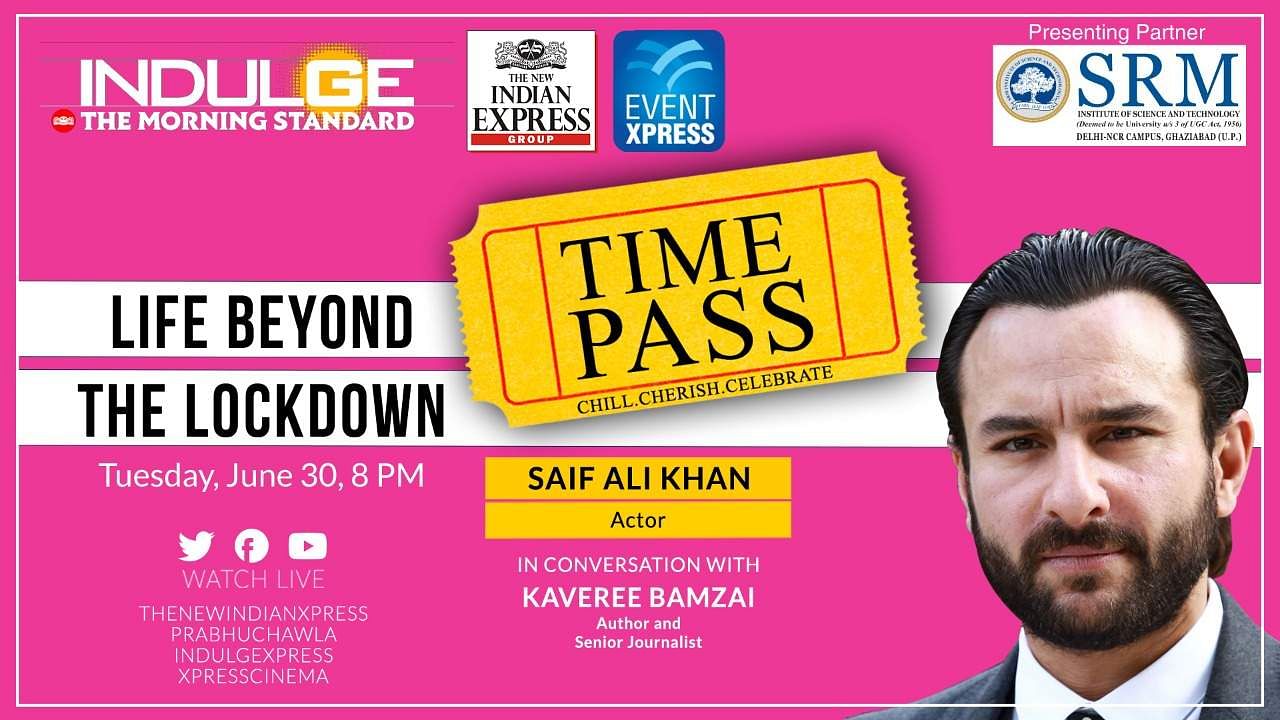 The star has come a long way from making his OTT debut with Sacred Games that brought him global recognition. “I knew Narcos on Netflix had a global audience and when they came to India and said they wanted to do this, I was sold. I enjoyed playing the Sardar and wearing the turban.” However, Saif didn’t seem sure about another season of Sacred Games happening, but said he’d love to do it, if offered a chance.

Going on to discuss his hopes for his career, he said, “I would like to do a saga on Mughals, East India Company or some similar topic that is not full of cliches. A new perspective towards Mahabharata or similar seminal work would be exciting too. It’s time we told our version of history as Indians.”