Enable Javscript for better performance
Manoj Bajpayee: I am not ready to sacrifice my middle-class life- Cinema express
ADVERTISEMENT

Manoj Bajpayee: I am not ready to sacrifice my middle-class life

Manoj Bajpayee talks about the decisions he made in his career, working on Bhonsle, balancing artistic excellence and commercial success and more

Despite winning many accolades in a career spanning over 15 years, Bollywood actor Manoj Bajpayee's journey can hardly be said to have been easy. "After getting introduced in Shekhar Kapur's Bandit Queen, there was a complete lull for five years. Whatever I did, did not work out," said Manoj, in a chat arranged as part of Indulge Time Pass, a series of webinars organised by The New Indian Express group, and hosted by senior journalist Kaveree Bamzai. 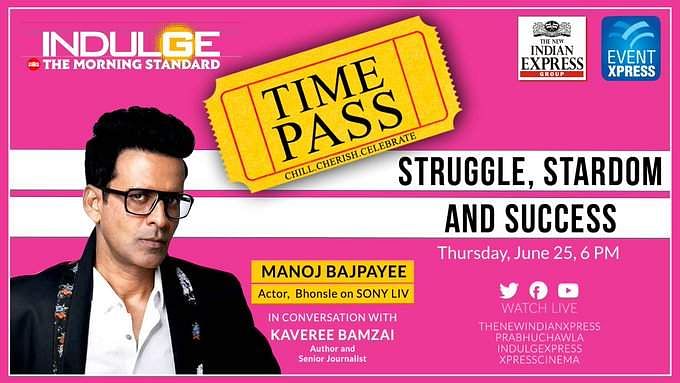 Bhiku Mhatre, his National Award-winning role in Satya, gave the actor hope. "Actors from small towns and directors who wanted to tell new stories found a lot of strength from Satya," added Manoj, who praised Ram Gopal Varma for the film's legacy. "Before 1998, there were only commercial films. This was an industry where someone with a face like mine didn't get any films at all. When I started acting, I had to say 'no' a lot because I didn't want to get typecast. We have fragile egos in our industry and when we say no, especially to a bigwig, they don't forget so easily."

Manoj waited for years, yearning for a good role. "Even those films I got only did mediocre or slightly good business, so my graph went down. Our industry was focussed on box-office returns. Finally, I got Raajneeti, referred to as a comeback by many, and my career restarted."

Manoj believes that he gained his acting prowess in his early years in Delhi where he was part of many theatre plays. "They were the busiest days of my life even though I didn't get a penny. Whenever my bank balance bothered me, I would do a film role and bring that balance up. I realised then that I needed to work on my evolution as an actor and films like Aarakshan, Special 26, and Gangs of Wasseypur speak of the change in my approach," said the Sonchiriya actor, who expressed that artistic excellence and commercial success can go together if one kept at honing one's skills. "Acting is a constantly changing art and we have to keep upgrading ourselves. I watch a lot of international films and OTT content. I remain open to knowing what others are doing and learning from them. The goal is to constantly grow."

The actor is happy staying away from the hustle and bustle of the industry. He has even stopped going to parties and vows that he does not like being a part of 'camps'. "I am not ready to sacrifice my middle-class life. I love talking to the vegetable vendor. I feel alive when talking to people in the streets and I love it when they don't recognise me."

Manoj's latest venture is the indie film, Bhonsle, which he also co-produced. "A few years back, when I met Devashish Makhija and got to know about the script, I was blown away by it. It had writing that was uncompromised and it held me as a reader. I tried to find producers, but they ran away after hearing the script. Then, we pooled in money thanks to a bunch of people. The making of Bhonsle can itself be made into a book," he said.