The Challenging Star is looking forward to the release of Roberrt as he waits to resume shooting
for his historical film, Raja Veera Madakari Nayaka

For someone who has always kept himself busy with shooting for his projects, Darshan admits he misses being pampered on the sets of his films. “Unlike the one staple breakfast item I get at home, the food on the sets would have a huge variety — idly-vada, upma, dosa, etc…” says the Challenging Star, who also expresses his happiness about his fans following the ‘Stay Home, Stay Safe’ policy. “Even in case they want to wish me, they have been doing it while maintaining social distancing.”

The Roberrt hero feels that despite the government allowing shooting to resume, the reopening of theatres ought to be the priority. “I don’t know about others, but I believe reopening of theatres is more important than beginning shooting,” says Darshan, adding, “If we start shooting and keep films ready for release even before theatres reopen, then there will be release issues.”

The Yajamana actor adds that opening of the theatres will generate a regular flow of releases and the projects already completed will get a good run at the theatres. “Every project then can get a good placement during its release,” says Darshan.

Rubbishing reports of him planning to resume shooting only in December, Darshan says, “If theatres open from tomorrow, I am ready to begin shooting the very next day.”

The actor, who is currently awaiting the release of Tharun Kishore Sudhir’s Roberrt, is also waiting to resume the shooting for his historical drama, Raja Veera Madakari Nayaka. The latter, made under Rockline Production, is helmed by Rajendra Singh Babu.

Meanwhile, Darshan is also teaming up with director Prakash Jayaram for a film. “My next focus will be on these two films. It all depends on how we take forward the shooting of Raja Veera Madakari Nayaka. It requires at least 500-600 crew members at a time on the sets, which is not feasible in the current situation. Rockline Venkatesh and Rajendra Singh Babu are chalking out a plan, and we will be discussing the shooting process. The scripting for Prakash’s film is also done, and we are ready to go on floors,” says Darshan. 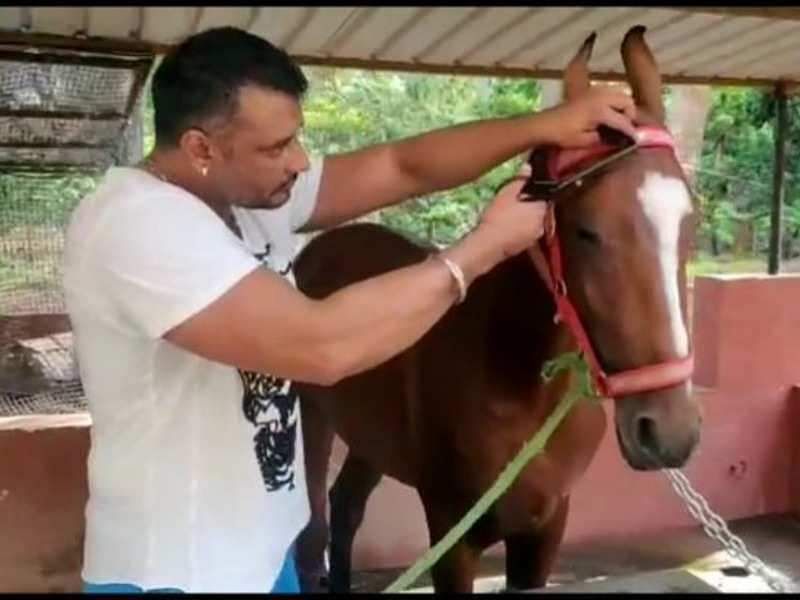 Darshan enjoys spending time at his farmhouse with his pet animals. Fans have been treated to videos of the actor indulging in activities like nurturing the horses. Darsan, who is presently fascinated by goat farming, shares that there was a time when there were a lot of vacant lands around his farmhouse, which now house a lot of agriculturists.

“I was surprised to learn that most of them have left their cities and are getting back to farming. And, I have realised during this lockdown that all humans wanted was three meals a day, and many have understood the value of an agriculturist. I’m happy to see people getting back to their roots.”