It's a whole new experience: Rachita Ram from the sets of Super Machi

The actor, who is making her Telugu debut opposite Kalyan Dev, says the production house is taking utmost precautionary measures for a safe and smooth shooting process

Social distancing, sanitisation tunnel, ginger water, turmeric milk, masks, gloves, limited cast and crew... shooting post lockdown has been a whole new experience for Rachita Ram, who traveled by road to Andhra Pradesh, and is currently at Ramnanaidu studio on the sets of her Telugu debut, Super Machi. The family entertainer, directed by Puli Vasu and bankrolled by Rizwan Entertainments, has the Bulbul heroine sharing space with Tollywood actors Kalyan Dev and Ajay.

According to Rachita, the set is more like a space station with most of the crew in headgears, masks, and gloves. "It is a 10-day schedule, and we have begun shooting from today. I see a lot of extra precautionary measures right from the five-star hotel where I am put up. Every technician and cast is provided with a medical kit. The team is maintaining transparency with the Film Chamber and has made it a point to send them stills and videos from the film sets. The crew present is limited to 20 people and very few artistes," says Rachita Ram, who preferred to travel with a three member staff by road. 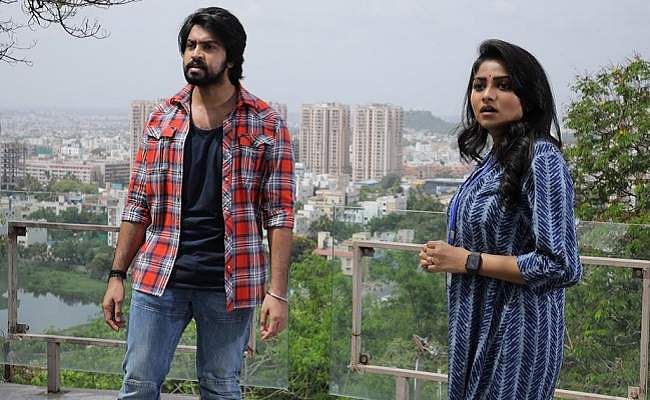 Ask the actor whether she finds it risky shooting under the pandemic fear, and she says, "There is pandemic on one side, but there are producers who have made huge investments on their respective projects. As an actor, I felt it is not good to put them at risk. Moreover, every individual here is taking precautionary measures. Each one understands the value of their lives," she says.

The actor, who will be returning after 12 days, will be in self-isolation for 7 to 14 days after which she plans to start shooting for her Kannada film, April. The film, directed by Sathya Rayala and bankrolled by Narayan Babu, will have Sachin Basrur making his debut as music director. It also has Arjun Shetty and Pratheek Shetty taking care of the camerawork and editing, respectively.

Meanwhile, the team is also looking for an actor who can replace Chiranjeevi Sarja. The latter, who was finalised to play the lead along with Rachita Ram in the commercial thriller, was even part of the film's launch. However, with the actor's demise, the team is now in the process of making changes to the cast and the film's narrative.