The Attahasa director is coming up with 10 one-hour episodes, which will star Kishore as Veerappan

Director AMR Ramesh, who was working on a web series titled LTTE, based on the assassination of Rajiv Gandhi, has put the project on hold. and has turned his attention to a web series on Veerappan, titled Veerappan - Hunger for Killing. The 10-episode webseries will be made under AMR Pictures. Veerappan will have music by Vijai Shankar with two DOPS -- Vijay Milton and Vaidy S - handling the cinematography.

The other cast details will be revealed in the curtain-raiser event, which will be out on July 23. Ahead of that, Ramesh tells CE that he is getting ready to shoot for this series from August 10. “The curtain raiser is more or less like a trailer. The shoot will be a 60-day schedule that will happen in Bengaluru and forests of Karnataka. The team will follow government orders, and we are taking safety measures, travelling with a limited crew,” says Ramesh.

As preparation for the shoot begins, Ramesh has been holding meetings with Kishore, who plays the role of Veerappan along with crew. “Along with Kishore, the actors who worked in Attahasa, including Ravi Kale, Sampath, Raai Laxmi, Viayalakshmi, Suchendra Prasad, will be joining the first 30-day schedule. In the meantime, I am in talks with a handful of well-known faces from Hindi, Tamil and Telugu industries, and the  cast details will be revealed once they’ve signed on the dotted line. “The web series will also see Arjun Sarja, who had played the role of cop K Vijay Kumar in Attahasa. We have some unused episodes of the actor, from the film, which will come handy for the web series. We will approach Arjun Sarja in case we need more scenes to be shot,” he says.

Considering that the story of Veerappan has been attempted by a few directors, including himself, with Attahasa, is it necessary to tell another story of the forest brigand? “Attahasa, as a film was only two-and-a-half hours, and was highly compressed. Now, the story will be shot for 10 hours. In the earlier one, I could not present the intricate details as there was lot of pressure from the censor board and the government. However, with the web series, there are no restrictions,” says Ramesh, who adds that he also pushed himself to make the web series after watching Ram Gopal Varma’s Killing Veerappan. “I felt RGV didn’t say anything in Killing Veerappan. When he doesn’t have guts to use real names, real places, what is the point of basing it on a real-life subject? At least I had real names in my directorial. When the facts are already out in public domain, why don’t filmmakers take the liberty of showing it on screen?,” he questions. 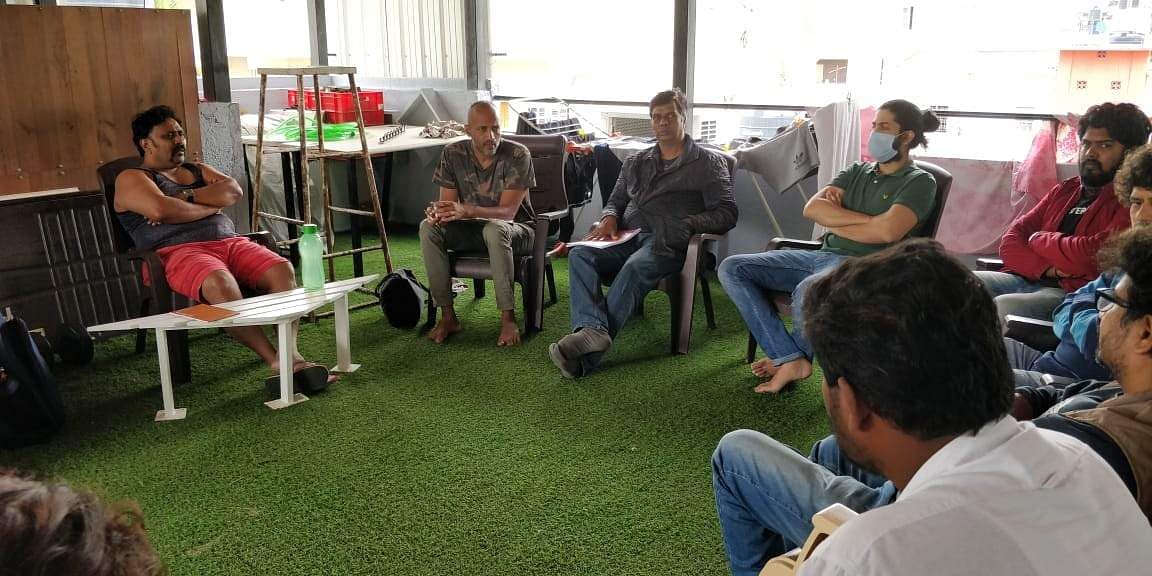 According to the director, the digital platform will enable him to explore deeper into Veerappan’s life. “I am making this assurance after watching different web series, including Aarya, Family Man, Paatal Lok, Mirzapur, and Sacred Games. I can confidently say that we have the best content in India,” he says.

While Attahasa explored the atrocities of Veerappan and his encounter with the police, Ramesh explains that the only angle that could be highlighted was that of the police officer Vijaykumar. “However, the web series will bring stories of Shanker Bidari, Kempaiah, Harshavardhan Raju, Jyothi Prakash Mirji, Madhukar Shetty, along with IPS officers Ravindra Prasad, Harishekaran , Ramkrishna Prasad, Bava, BB Ashok Kumar, Prabhkar Barki, Soudhagar, Nagaraj, BK Shivram, and others who encountered Veerappan in different situations,” he says.