The coronavirus pandemic has thrown a spanner in our functioning as a society and the film industry is no exception. But the road ahead seems one of hope with production houses resuming work on many upcoming films, including Akshay Kumar's Bell Bottom. Among the first to begin work after the pandemic, the film's crew will be flying to UK in August for the shoot. "It is advantageous that we will be shooting in the UK because here, we are still trying to get things under control. When we got into lockdown, we were all set to begin shooting in Delhi, and the plan was to fly to UK in August. To maintain that schedule is an achievement, and full credit should go to Vasu ji, Jackky and their team," said director-producer NikhilAdvani, one of the producers for the film, to senior journalist Kaveree Bamzai, in a chat arranged as part of Time Pass, a series of webinars organised by The New Indian Express group. "It is a huge gesture on the part of someone like Akshay, who was ready to shoot even in such a juncture. The advantage with Bell Bottom is, since the story in set the 70-80s, the chosen locations are isolated."

Directed by Ranjit M Tewari and written by Aseem Arrora and Parveez Shaikh, Nikhil stated that Bell Bottom will not just be a spy-thriller. "It is political, and is based on events from history we have forgotten." This is not the director's first brush with political films with D-Day and Batla House in his credits. "It is tough for a filmmaker to be impartial when you take subjects like these. When you make John Abraham play a police officer, you are picking a side." But the filmmaker admitted to being drawn towards such subjects. "My next film will be more explosive, which is based on a true story of a Khap Panchayat case." Does any potential backlash worry him? "It is getting difficult to toe the central line with backlash from both sides becoming identical these days. Today, there is a lot of genuine conversation, but there is also a lot of noise. It is important to have blinders sometimes and be convinced by your narrative." 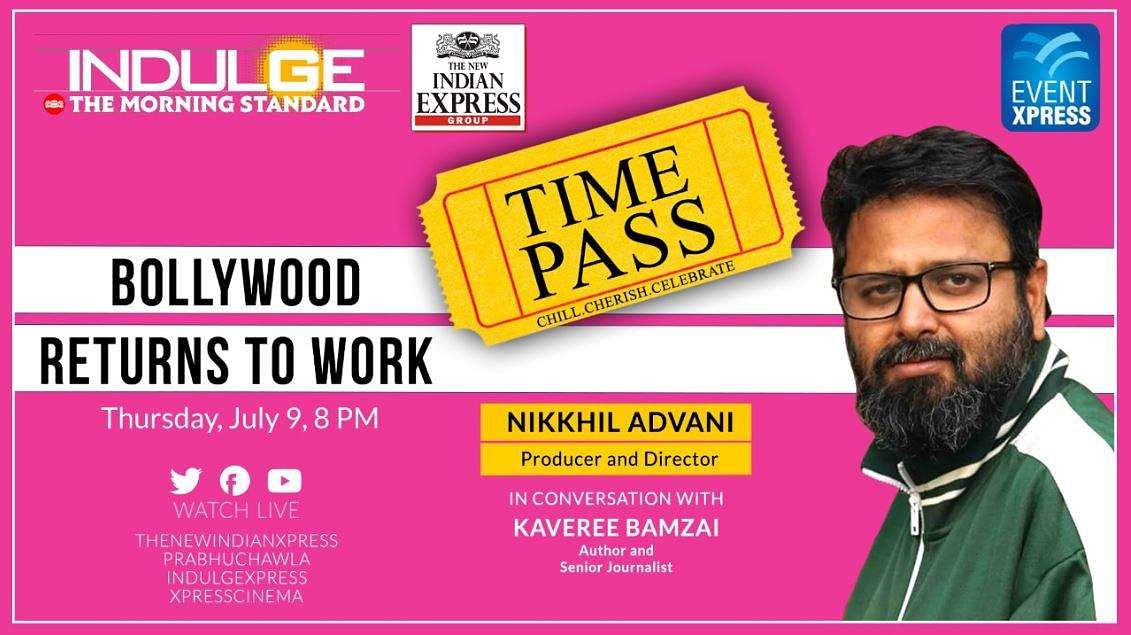 Having worked with both Irrfan Khan and Rishi Kapoor in his film D-Day, Nikhil found it hard to deal with their recent demise. "What I am today as a filmmaker is because of Irrfan Khan. He made my process spontaneous. And Rishi sir was like a child on sets. Even though they didn't have much to shoot together, they got along like a house on fire. D-Day in fact gave me a second lease of life."  It was another demise, that of Sushant Singh Rajput, that has brought the debate of nepotism back to Bollywood's doors. "I am an outsider. My uncle was a distributor, but he knew I was in the industry for ten years, only after he saw my name on screen. I chose to not go down that path." Nikhil shared that one needs a lot of talent and luck, but that this applies to any industry. "I believe both sides are right. There are a lot of advantages star kids get, but the Friday will not spare them."

He spoke in detail about having mentors Sudhir Mishra, Yash Raj Chopra, Karan Johar or Aditya Chopra. "They saw something in me that made them want to help me tell my story. That's what we do as well." Nikhil also shared an anecdote about how it was Irrfan Khan who pushed for Akshay Kumar to do Airlift. "Raja Krishna Menon had wanted Irrfan, but he suggested that Raja take the film to Akshay." He also narrated about how Ranveer Singh gave an audition to play Akshay's brother in Patiala House. "He was very good, and that time was impatient for a break. But I had asked him to wait, and the next call he made was to tell me that he had Band Baaja Baarat."

The nepotism debate has brought several celebrities under criticism, Karan Johan being one of them. "I am making three films at the same time right now; Karan is making ten. I refuse to accept that we should think about Karan only based on his present persona. For people of my generation, his films have been a part of our lives," said Nikhil, who has been a close collaborator of the Johars. Nikhil also recalled the times he faced the 'brunt of blind items', a tool many have opined was used against outsiders. "Terrible things have been written about me. One tabloid had mentioned that I had made distasteful remarks about Karan at a photo exhibition, while I wasn't even present at that event. I had to use my contacts to ensure the tabloid to issue a retraction. Was it wrong to have used influence here?" he asked.

Nikhil also believes that mental health is a larger issue that needs to be addressed better. "Is the whole nepotism debate not allowing us to talk about a real issue of mental health? It is a bigger issue, and everybody faces that battle." And he believes the people you surround yourself with are crucial in such a battle. "We should be talking more about mental health and the tremendous pressure everyone faces. When I enter my house, my work ceases to matter. Filmmaking is life, yes, but it is not the only part of it."