Enable Javscript for better performance
I had to take a break because I wasn’t enjoying cinema: Nithya Menen- Cinema express
ADVERTISEMENT

I had to take a break because I wasn’t enjoying cinema: Nithya Menen

Nithya Menen, who ventured into Bollywood last year with Akshay Kumar’s Mission Mangal, is now all to make her digital debut, along with Abhishek Bachchan, in Breathe: Into The Shadows, that’s getting released on Amazon Prime Video on July 10. Nithya discussed her past, present and future in a detailed conversation arranged as part of Indulge Time Pass, a series of webinars organised by The New Indian Express group, and hosted by senior journalist Kaveree Bamzai.

Recalling her experience of working with Mani Ratnam for OK Kanmani, she said, “Mani sir got the best out of me by just letting me be. How my character in the film, Tara, views life is close to how I do. Many scenes did not make it to the final edit, but they were all scenes that helped me connect with the character.”

On her hiatus from acting after a very successful year in 2015, she said, “I took some time out for soul-searching as I was not happy at the time. After the break, people kept asking why I put on weight and speculated if I was secretly married or pregnant but that was all far from the truth. People thought I was having a difficult time when I was actually happy.”

Nithya shared that she did not enjoy cinema at the time. “Most people in cinema like it, but I didn’t, back then. I took a while to realise that films were my spiritual path. And then, I started seeing the beauty of cinema which is beautiful in how it alters the way people feel.” Nithya mentioned that she would like to be a part of good cinema. “I don’t want films to be mediocre. It doesn’t matter whether I become a star. I want to do better cinema,” she said.

Nithya also spoke about her contemporary, Dulquer Salman, with whom she has featured in several films. “He is a proper family guy, and told me how great his marriage is and tried to convince me to get married too,” she said. “Our chemistry in films just happened on screen. Even we were surprised when we saw the final output.” 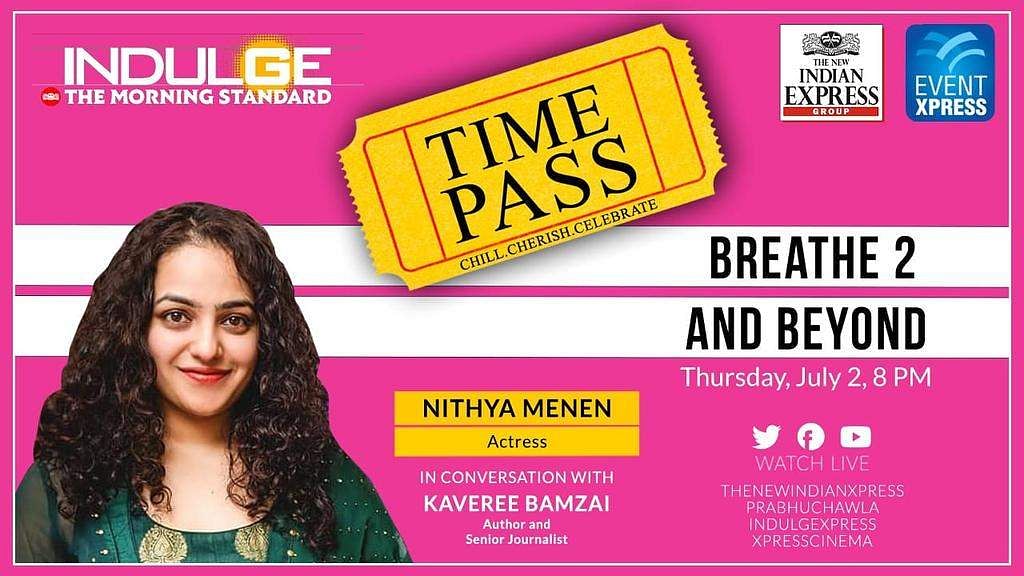 Speaking about her upcoming series Breathe: Into The Shadows, she said her character has many shades. “There’s more than what you see in the trailer. It being a series helped as the character could have a proper emotional graph.” The experience of working with a team including Amit Sadh and Abishek helped bring out her best, she said. “I have always wanted a team with such evolved sensibilities. Amit and I had a very intense scene and we both felt all those emotions on the set. We can’t wait for the audience to see it. It’s my best performance so far.”

The actor is also well-known for being a singer, and during this lockdown, she has worked on two songs she hopes to release soon. “I’m eager for a career in the music industry. I have even written lyrics for one of the two songs,” she said.

After the lockdown, the actor looks forward to resuming work on two of her Telugu films, one of which marks her production debut. Nithya further added that her project with Dhanush is set to begin in August. “We are both excited about the film.”