Nithya Menen: If I don’t dub, my performance is only half-done

The actor, who plays a quadriplegic in Mysskin's Psycho that released last Friday, talks about working in the Udhayanidhi-starrer, the importance of dubbing, her web series debut and more

Mysskin's latest directorial venture, Psycho, is all audiences are talking about right now, but interestingly, Nithya Menen, who plays a pivotal role in the film, hasn’t caught it yet. "I am still recovering from a throat infection, but I can imagine how the film would have been," she says.

We heard that you were approached to play Dahini, but that, you had opted to play Kamala Das. Why was that?

Mysskin gave me the choice between both characters. I asked him what role he wanted me to play and it was he who suggested that I go with the quadriplegic character. I said that was perfect. I don't believe in doing typical roles. Also, due to the nature of the character, I found it interesting that I only had to use my face to emote. I enjoyed playing the character. I would come to shoot, get on that wheelchair and would not get out of it (laughs). I would go everywhere in it. On the other hand, it was hard to pull off the emotional scenes. It was hard not to move my body. I was particular that I did not move even a muscle. I also had to restrict my breathing as the body wasn’t moving.

Your character swears a lot in the film.

To be honest, I don't even know what those words mean. I have never said them before (laughs). I found it hilarious initially. I asked Mysskin if he really wanted me to say those words because I think people see me differently. But I trusted his process. I took a leap of faith for him.

As for the language itself, I didn’t have much trouble. Growing up, many languages were spoken in my house. My father speaks Tamil fluently and I studied Kannada in school. So, they are not alien to me. I feel at home speaking these languages.

Is that why you are able to dub in all the languages?

According to me, dubbing is part of being a performer. If I don't dub, my performance is only half done. If someone else dubs for you, your performance is lost a bit. Everyone has a unique way of speaking and I believe no one can modulate like me. For Kanchana 2 though, I felt someone else would do justice to the role as my voice was too refined for the role. If I don’t know the language, I want to learn and speak it.

In Psycho, the idea of a blind Gautam (Udhayanidhi Stalin) and a quadriplegic Kamala, who, together form a wholesome team was interesting.

There are many unsaid things and the beauty of Gautham and Kamala being together is a part of it. Gautham is Kamala’s body and Kamala is the brain. The scene where we travel in a car is not realistic but that sort of surrealism is the beauty of filmmaking for me. 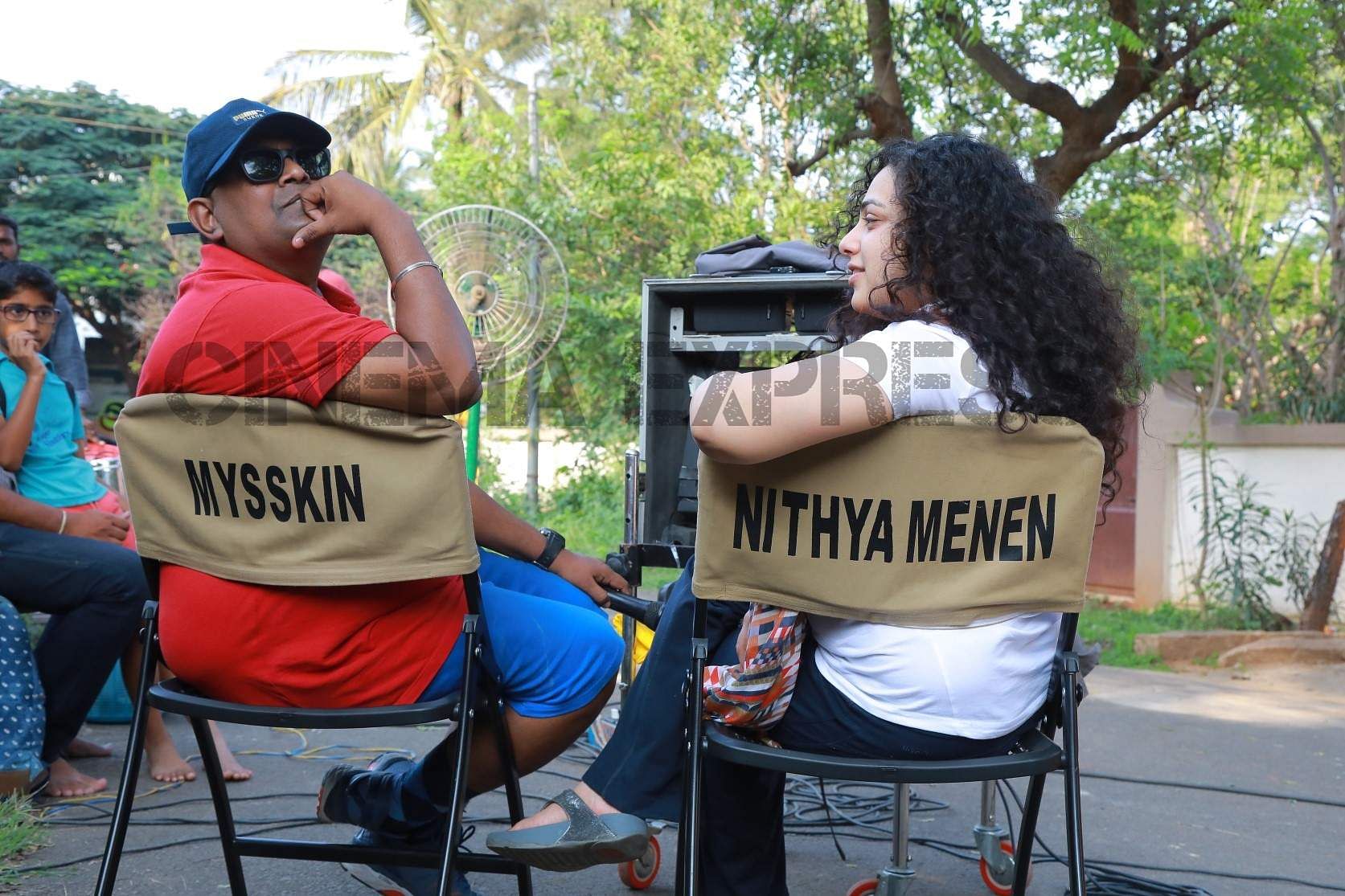 Are you attracted to roles very removed from you?

My role in Psycho is quite unlike anything I have done before. When I do play someone different from who I am, it comes with a bit of uncertainty. I eventually pull it off, but there’s a lot of self-doubt over whether I can.

While on difficult roles, could you tell us the status of your Jayalalithaa biopic, The Iron Lady?

The film is pre-production heavy, as we are trying to make our film quite comprehensive, unlike other versions. We have a lot of paperwork to take care of as well. Even if the film takes time and other variations come out, we are only focussed on doing it well. Once we go into production, it won’t take long. The film should be out this year.

I have a feeling that our film will be very different as the timespan Thalaivi seems to be focussing on is quite short. Ours focusses on everything right from her childhood to her death. The information we have about her is quite extensive. Director Priyadarshini knew Amma personally and I am sure we will have details that others won’t have access to. I am least concerned that it will be similar to other films.

There’s also your web-series debut, the second season of Breathe?

Breathe is going to be quite a sensation for sure. The 12 episodes will have so much content and space to perform. My character is beautifully written and I have a lovely arc. It's a large canvas where I can finally exhibit what I can do as an actor. I am waiting for Breathe with bated breath (smiles).

The body positivity you bring to the film industry is commendable.

It's very hard in films, and it's not just in India. I would not call myself obese but the fact that you are not skinny is a problem for everybody. You get a lot of flak. You get condescending and demeaning comments. When an actor can offer so much, it’s sad that some just see them so superficially. Mysskin would say, “Put on as much weight as you want, who cares? I just want your face and your skill.”

On the other hand, I understand that films are a visual medium and you have to look presentable. If I put on weight, I don't do certain things or wear certain clothes. That said, films need every kind of people. Every kind needs representation in cinema.