An interview with Sathya Jyothi Thyagarajan and Sendhil, the producers of Dhanush's revenge drama, Pattas

Sathya Jyothi Films, a production house known for family-centric films, delivered Viswasam, one of the biggest hits of last year. This Pongal, it has returned with yet another commercial drama, Pattas, starring Dhanush and directed by Durai Senthil Kumar. Asked if the production house has undergone a change of strategy in recent years, producer Sendhil says, "Family sentiment has always been the core. But at the same time, if a director approaches us with strong commercial content that can appeal to families, we are always game for it. That has been happening recently."

The veteran film producer and father of Sendhil, Sathya Jyothi Thyagarajan adds that Viswasam became successful because of the 'perfect blend of both factors'. "Viswasam overtook the collection of Petta in Tamil Nadu because of the family audience in B and C centres. If a film can make them come to the theatres, nothing can go wrong."

While Ajith took on Rajini last year at the box office, this time it was the turn of Dhanush. Thyagarajan says that the releases were planned in a way that both films didn't affect the collection of the other. "Last time, the scenario was different. Both Petta and Viswasam released on the same day and both actors had a similar box office presence. But this time, we had a breathing space of five days before our release. Since ours was a film of a different genre, we had it released exactly on Pongal, and it wasn't a problem for us."

One cannot avoid drawing similarities between 7 Aam Arivu and Pattas, as both films talk about a lost martial art form. But Sendhil feels that Pattas is a different film altogether. "We have treated Pattas more like a sports film, unlike 7 Aam Arivu. We hired a professional adimurai master to train Dhanush and Sneha for their roles and he was present throughout the shooting." He also adds, "I've requested the government to enlist adimurai as a registered sport." 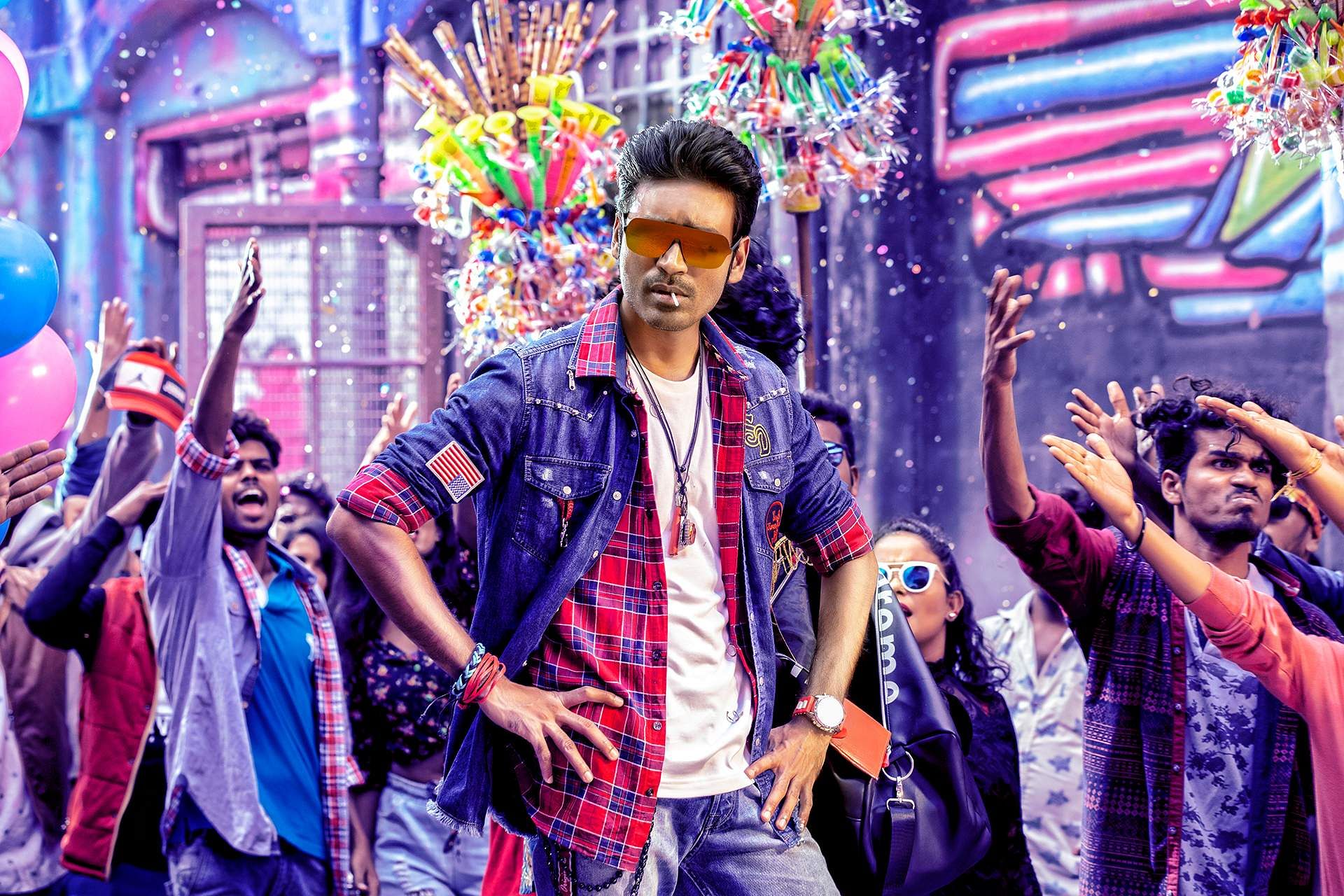 Sathya Jyothi Films is a third-generation production house which has its roots in Sathya Films and Venus Pictures. How do they manage to keep themselves updated? "We had to reinvent in a lot of areas like marketing and production. We spend a lot of time on post-production and give the director time to come up with the best version of his script. This planning saves us a lot of time and money which would otherwise get wasted on the sets," Sendhil says.

The production house had announced a project with Dhanush and Ram Kumar in 2017 and it has been in pre-production for more than a year. "It's a fantasy adventure film. We felt it needed a longer time to plan. Since we had full faith in Ram Kumar we announced the project along with Pattas. Also, we have one more film with Dhanush, which will be announced soon." Thyagaraj adds that they are in talks with several other stars too for similar multi-film deals, and the projects will be officially announced one after the other.

Sathya Jyothi Films, which has also carved a name for itself in small screens through its serials, will next be venturing into the web series space this year with Amazon Prime. Though they are spreading their territory across genre and medium, Sendhil says it's a strict no-no, when it comes to adult content and violence. "Family audiences are our target. We would never do anything that spoils our equation with them. When people see our brand, they should know that they can consume our films along with kids."

Thyagarajan, who has been in film production for more than forty years, feels that this is the toughest time for filmmakers. "Piracy has reached its peak. I got pirated links of Darbar on my WhatsApp, along with a message asking people not to watch it in theatres. I got shocked. How can someone be so cruel to an industry which has been providing bread and butter for thousands? Though we take down these links with cybercell, they keep spreading."

He says that financing a film has also become tough because of the change in the market. "When we made Antha Ezhu Naatkal, we got a major production cost as advance from distributors, and they kept paying us in instalments after every schedule. This cash inflow enabled us to pay our artistes on time. Everyone who worked in the film got their salaries in such instalments. But the scenario is different now. We can't go to the shoot without paying the full salary of actors and the business happens only during the week before the release."

About some like Parthiban requesting that films of big stars make way for small films during festivals, he says, "All of us must support small films. They are the backbone of cinema. But there is no council right now to make a decision. Only when distributors, exhibitors, and producers come together to make a united decision, can we bring a change to the system."