Enable Javscript for better performance
Yash: Expectations about KGF Chapter 2 will be fulfilled or even surpassed- Cinema express
ADVERTISEMENT

Yash: Expectations about KGF Chapter 2 will be fulfilled or even surpassed

The actor says he is confident of doing justice to the excitement around the upcoming Prashanth Neel-directorial, and also expresses his gratitude for fans who are making plans for his birthday

KGF Chapter 1 was the first Kannada film to get a pan-Indian release, and Rocking Star Yash became a popular face not only in Karnataka but across the country. His fan base has since increased and Yash's fans are now going out of their way to make the actor's birthday special. The occasion, which falls on Wednesday, will see people from different states coming to Bengaluru to join the celebrations. Yash's biggest cutout yet — 216 feet tall — will be placed at the Nandi entrance on Nice Road in the city. And an ardent fan of his, Venu Gowda, is making the occasion even more special by getting a 5,000 kg cake.

Yash, who missed his birthday celebrations last year owing to the death of senior actor Ambareesh, will be spending the day with his fans. Ahead of his birthday, the actor tells Cinema Express, "It is overwhelming to see such gestures from fans. Sometimes, you don't understand how all this happens. But at the same time, I also want to mention that my love for a fan who comes with a rose will be the same as that for someone with a huge cake. In my eyes, every fan is equal and special." Yash adds that he feels lucky to have people from different states coming to celebrate his birthday.

The team of KGF Chapter 2 plans to mark Yash's birthday with the release of a poster, which will reveal the actor's latest look in the Prashanth Neel-directorial. 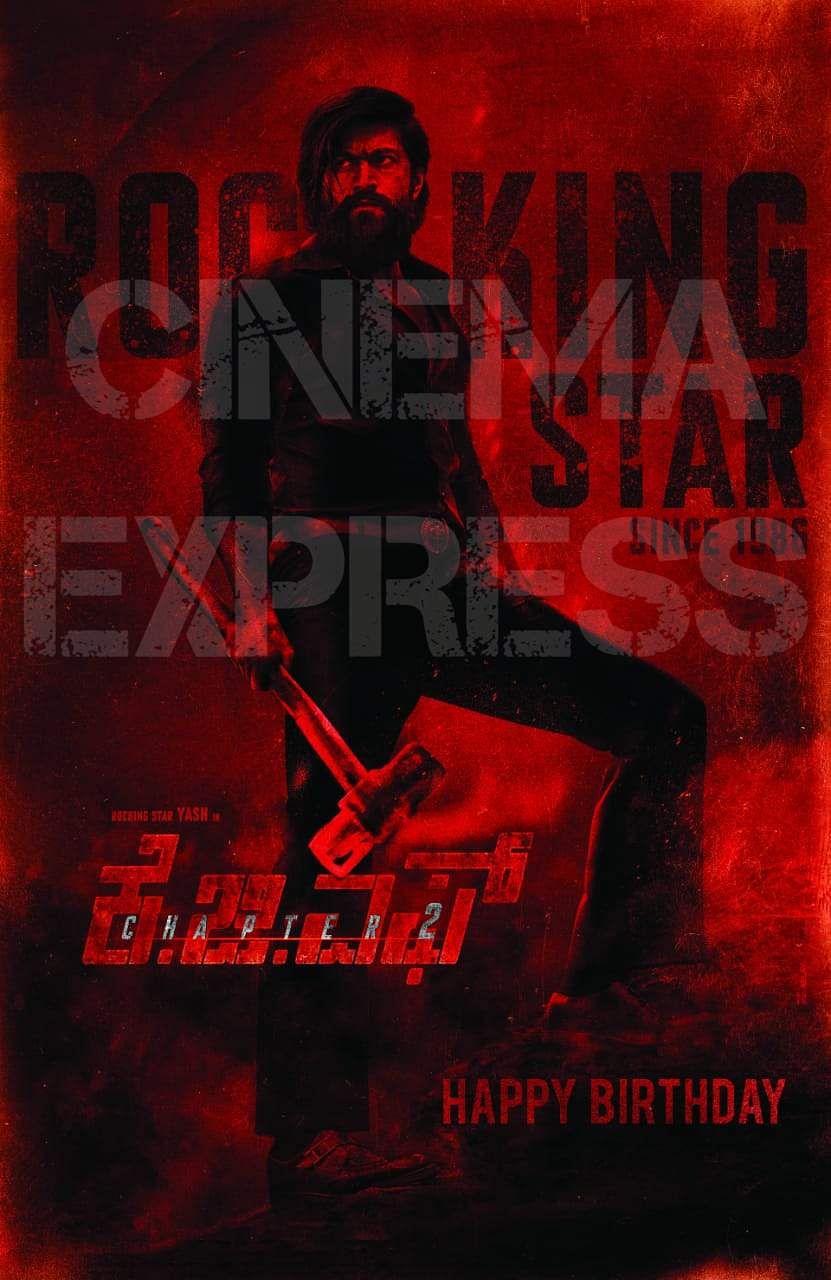 Following the success of KGF Chapter 1, expectations are high for KGF Chapter 2, and the actor is well aware of it. "I am happy. These expectations about KGF Chapter 2 will be fulfilled, or we might even surpass it. This is not overconfidence. The entire team is working hard to make it happen, and we can sense it will. I am currently enjoying the shooting process of KGF 2," says Yash, who is back in Bengaluru after participating in a long schedule in Kadapa.

After KGF, will he be keen to only take up pan-India projects? "It depends on each film. If I feel that the content has a pan-Indian appeal, I shall surely go for it. I will also take up subjects limited to only one or two languages. However, I also want to stress, since I have developed a fan base across the country and everybody is waiting for my films, why shouldn't I push for releases in five languages whenever possible? In a way, it becomes a duty for me to entertain them. So, I will mostly go with subjects which have a pan-Indian appeal."