Ayushmann Khurrana: Shubh Mangal Zyada Saavdhan is made for boomers

The actor on tackling homophobia with humour, working again with Neena Gupta and Gajraj Rao, and his relentless mission to get Indian families talking

In late 2018, Ayushmann Khurrana was shooting for Dream Girl. One night, while exiting a mall after a late-hours shoot, he spotted a gay couple kissing in the parking lot. “I instantly knew we are ready for it. India is ready for it,” he recalls. His next step was to seek out Hitesh Kewalya, who had penned Shubh Mangal Saavdhan (2017) and was working on its spin-off. Till then, Hitesh had remained tight-lipped about the subject of his next. But when Ayushmann cornered him, he blurted it out. And it was precisely the kind of film the actor had in mind.

“We’ve seen a lot of films that have dealt with homosexuality, but they’ve mostly been parallel cinema or for festivals,” Ayushmann says. “Shubh Mangal Zyada Saavdhan will be the one that will penetrate the masses and reach out to the homophobes.” It’s a fair assessment — until recently, mainstream Hindi cinema had largely kept off any serious engagement with homosexuality and queer rights. There was Hansal Mehta’s powerful Aligarh in 2015, but nothing by way of a popular breakthrough. Then, in a landmark 2018 judgment, the Supreme Court struck down provisions of Section 377 of the IPC and decriminalised consensual gay relations. This freed up a wave of producers and filmmakers to be more forthcoming with their stories. Last year, we had the quiet but effective Ek Ladki Ko Dekha Toh Aisa Laga. And now, Ayushmann has arrived to push the boundaries further, using humour and relatability to get Indian families talking.

“Most people in the LGBTQ community have difficulty talking to their families,” the actor notes. “The biggest obstacle is the family. They are conservative, non-progressive, closed off. I believe our film will be the first step towards opening up a conversation.” 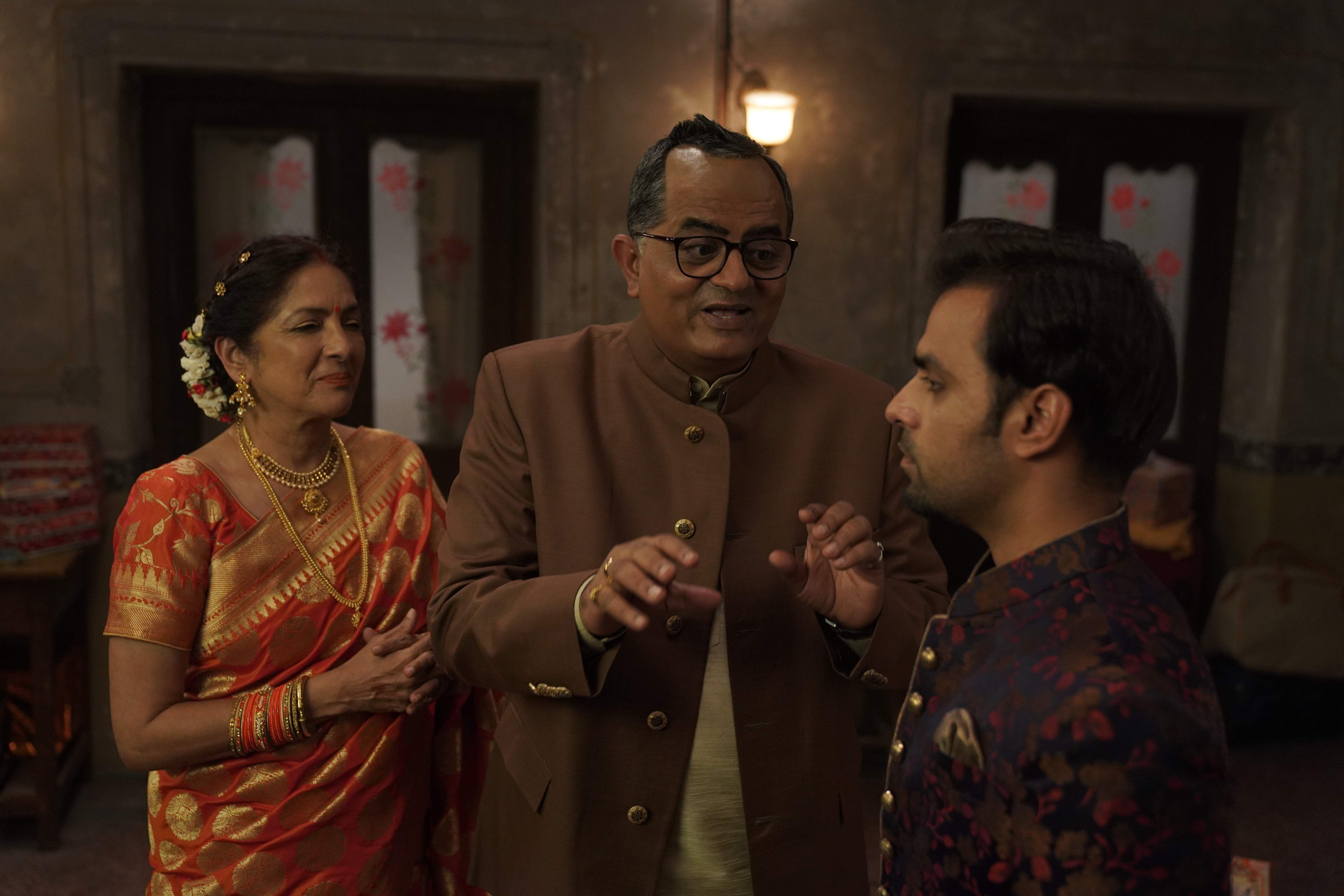 The trailer for Shubh Mangal Zyada Saavdhan was praised for its sure-footedness. The lead characters — Kartik and Aman, played by Ayushmann and Jitendra Kumar, respectively — are upfront about their sexual identities. They clash bravely with Aman’s heteronormative parents and try to sensitise them. It’s a promising stand-off, made more exciting by the presence of Neena Gupta and Gajraj Rao as the opposing pair.

“We wanted to make a front-footed film. It’s not a by-the-way story. It’s the love story of two boys and how they fight the world,” Ayushmann says. “After Badhaai Ho, the pairing of Neena Gupta and Gajraj Rao found a wide appeal. Their chemistry is impeccable. In Shubh Mangal Zyada Saavdhan, the humour emanates from the dichotomy they are going through. They are unable to accept that their son is gay. The film introduces this conflict in a middle-class milieu and observes how their arc changes.” 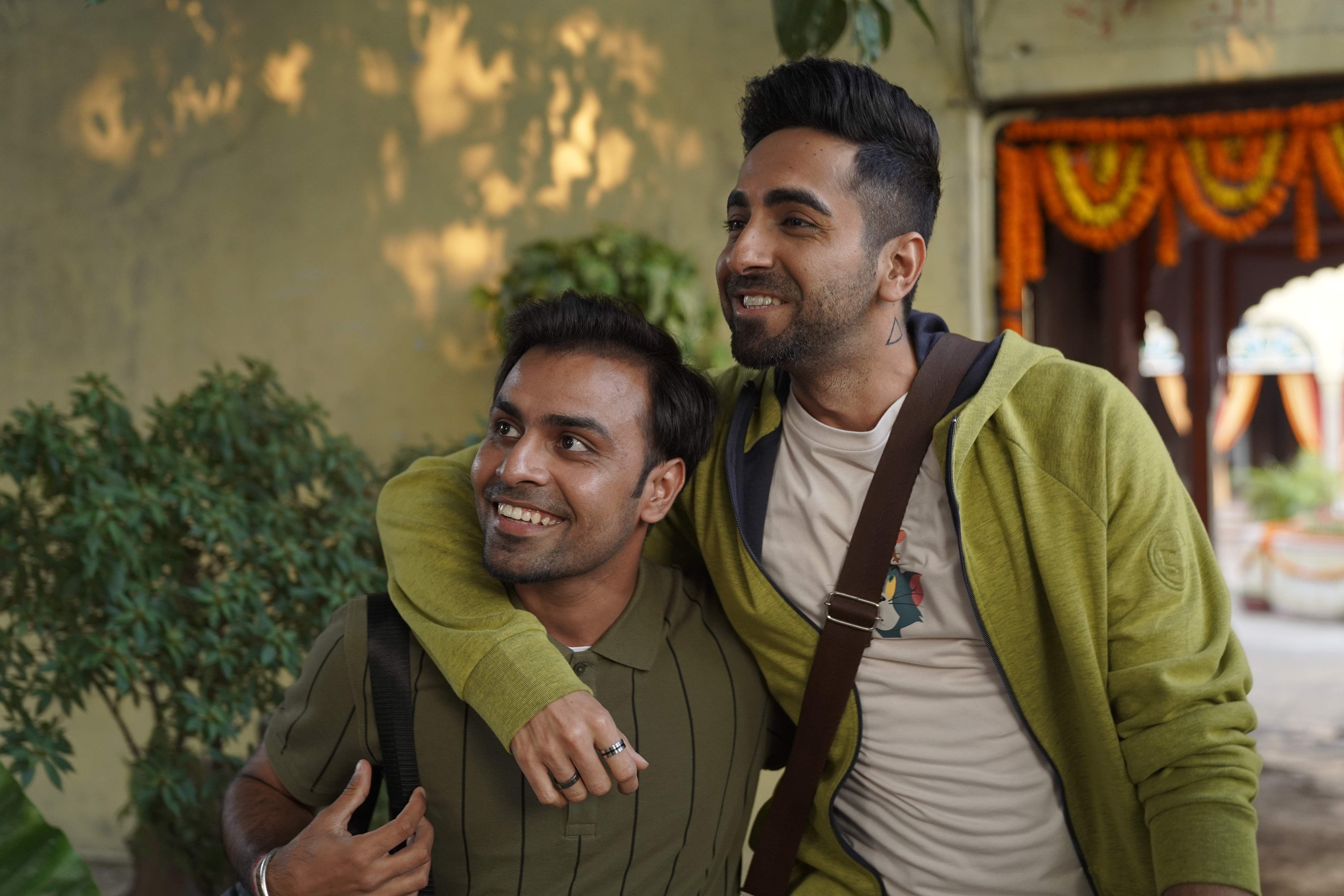 ‘Acceptance’, of course, is the operative word of any Ayushmann film. His social-comedies are always marked by a common push for reconciliation — between parents and children (Badhaai Ho), husbands and wives (Vicky Donor, Shubh Mangal Saavdhan), and even within one’s own self (Dream Girl, Bala). The actor points out that in each case, it’s human empathy that triumphs in the end. “Empathy is the most important thing,” he says. “Even with Article 15, if you are not feeling for the characters and the cause, then it’s not working. Same goes for Shubh Mangal Zyada Saavdhan. It’s made for the boomer generation, the generation that thinks it’s unnatural to be gay. However, it’s all been packaged as a popcorn entertainer.”

But isn’t he getting tired of the middle-of-the-road, man-against-societal-pressure template? “I am actually looking for an action-thriller next,” confesses Ayushmann, who tasted off-field success with 2018’s Andhadhun. “After every two-three films, I would love to detour and do something which is not my mould. But at the same time, I don’t want to leave the slice-of-life genre. It’s my favourite space both as an actor and as an audience member. Sure, it could be the same milieu or language here and there, but the subject matter will always be different.”

On an ending note, is there a classic Bollywood film he would love to see remade as a same-sex story? “Umm… Kuch Kuch Hota Hai,” Ayushmann responds. “With three boys, or maybe three girls.”