In conversation with Pritham K Chakravarthy, the veteran theatre actor, who recently made her debut in Tamil cinema as the deranged Rachael teacher in Mysskin’s Psycho

After setting up a time for the telephonic interview and seconds before cutting the call, I ask her, “Are you the one who translated the Tamil novel Zero Degree into English?” She breaks into long laughter and for a moment, I can recognise ‘Rachael teacher’ in that cackle. While Angulimali (Raj Kumar) from Mysskin's Psycho had to run around beheading people to strike terror in our hearts, his school teacher Rachael, played by Pritham K Chakravarthy, evoked the same queasiness just being confined to a cell. That sinister laughter and the perfect dialogue delivery made her stand out despite her brief screen time in the film. Pritham is a lot more than a debut film actor. The 60-year-old has had an eclectic mix of careers, and in our free-flowing chat, we trace her journey as a theatre actor, a translator, a columnist, and an acting professor.

Pritham started acting in Sabha Nadagam very young but after her political awakening during her student days in Madras Christian College, she did not want to go back to Sabha culture. That’s when she joined Gnani’s drama troupe. She was with the Tamil writer/playwright for about two decades and launched her popular play, Nirvanam, back in 2001. The play, about the surgical transformation of transexual and transgender people, was selected for the Edinburgh International Festival that year. Later, she made several other acclaimed plays like Mirror, and a Mahabaratam play from the perspective of Dushala, the only sister of the Kauravas.

Then came her translator phase in 2008 with the launch of her book, The Blaft Anthology of Tamil Pulp Fiction, Vol. 1. When asked what pulled her towards translation, Pritham candidly says, “Chumma. I was doing theatre and I was at home. I know Tamil and English… have read a lot. So, why not? (laughs) Also, everyone was translating authors like Sundara Ramasamy and I was like, pulp is also literature.” 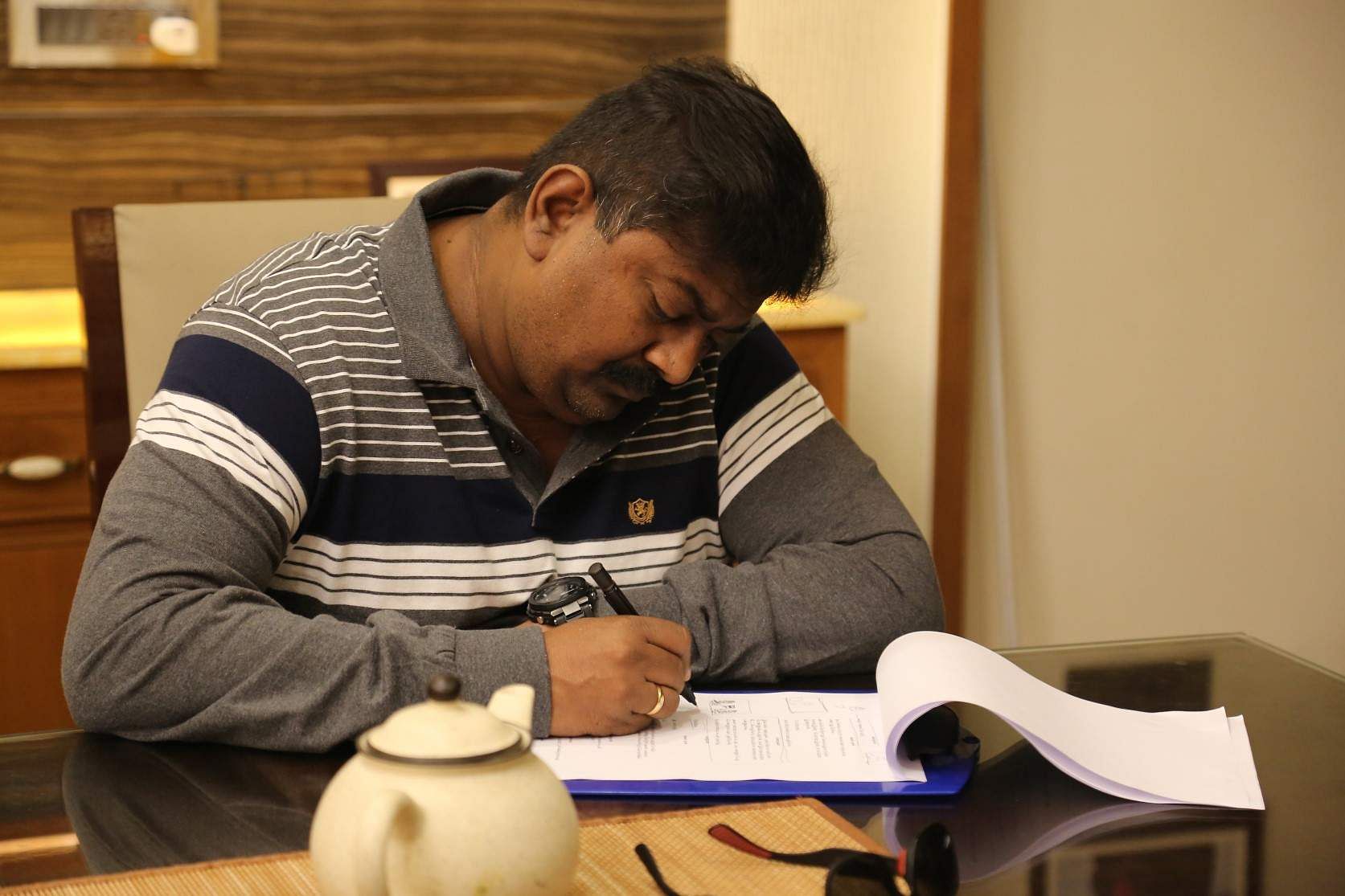 Talking about the importance of pulp fiction in culture, she says, “If you can read Raymond Chandler and treat his work as literature, then why not extend the same recognition to our Rajesh Kumar? Chandler is as much a pulp writer as Rajesh. So too are Dan Brown or Robert Ludlum. And cinema is drawing inspiration from these pulp writers. So, I hunted down all the best works of our pulp writers, including Tamilvanan and Ramani Chandran, and translated them.”

As the conversation steers towards Psycho, Pritham reveals how she met Mysskin. “It was at my husband Venkatesh Chakravarthy’s book launch. The book, Suvadugal, is a compilation of all of his writings on cinema. We knew Mysskin through a mutual friend, and were fascinated by his love for reading and thought he would be the right person for the event. Mysskin met me for the first time in that function. Later, I got a call from him and he said ‘I have written a role for you, Pritham. You are coming and acting in it. If you are not doing it, I will scrap the role' (laughs).” 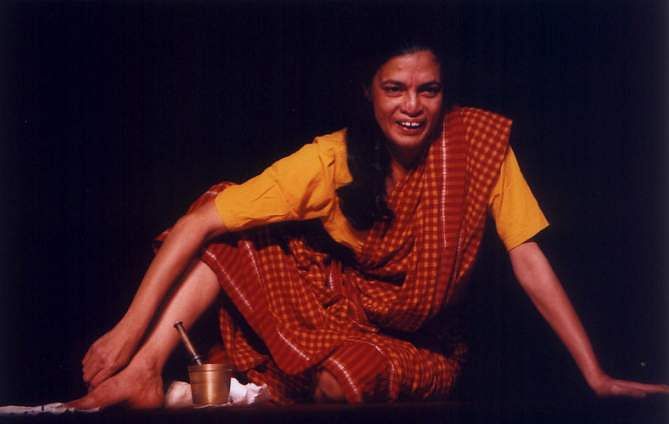 Pritham, who was brought up in a convent, didn’t have to go scouting around for inspiration. Her first-hand experience of religious fanaticism during her school days shaped her role. “In our hostel bedroom, there used to be a painting of a big eye and below that, a line that went: ‘God is watching you.' So, we shouldn’t even have ‘bad’ thoughts in our dreams. It was very creepy. I used that as my starting point for shaping Rachael.”

The actor also adds that Mysskin was generous enough to let her make suggestions about her character. In fact, she made a significant change to the role. “Initially, Rachel is supposed to be sleeping in the chair during the 'sadangu sequence'. I told Mysskin that Rachael has not been sleeping for the past eight years as she is waiting for her god to help her out. So, she will not sleep during the ritual as well. Mysskin told me, ‘Do whatever you want.’ He liked that I read my character.”

Such reading comes from her theatre background and Pritham feels the relationship between theatre and cinema should continue for the betterment of the latter. “If you look at good actors in Hollywood, many continue to do theatre. Unfortunately, it is not the same with actors here anymore. Earlier, Sivaji continued to do theatre, director Balachander as well. Manohar was active in the theatre until his death.”

Taking a dig at Tamil cinema, Pritham says, “I find it funny when actors say ‘Antha role-avae maaritaen’. How can someone become the role? It was Pritham who derived inspiration from that eye to create Rachael. Pritham was the one who saw the eye, not Rachael. It is my memory and the emotion that I have to give for the role.” 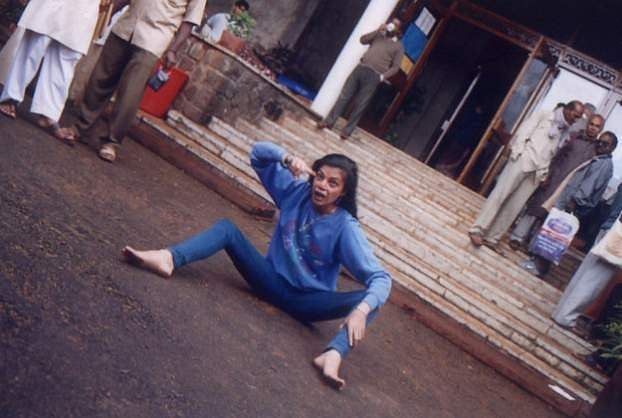 She adds, “Another problem with Tamil cinema is the under-usage of talent. A lot of potential is wasted in songs and fights, but at the end of the day, you want actors to tell your story… that’s where people go wrong. Not many people can write unconventional roles here. Take Asuran for example, Poomani wrote Vekkai in 1987 but it is getting filmed only now. Even then, you shift the perspective from Chidambaram to Sivasami because you need an overactive hero and action. You don’t want a person with a flaw.”

Pritham is currently an acting professor at Ramanaidu Film School in Hyderabad. She is quite sceptical about her prospects in Tamil cinema - “I don’t want to play grandma of Vijay, where I die in the third scene and he gets to avenge my death and becomes a hero. Write something creative. Hollywood is still writing roles for Meryl Streep, why can’t we do the same?”

As a former columnist of a popular daily, Pritham has been raising her voice against the misrepresentation of women in cinema for long, and she says the conversation hasn’t moved forward till now. “If you take a film like Pink, the defense lawyer, played by Amitabh Bachchan asks what she did when he forced himself on you. She whispers, ‘No’. He then turns to the judge and calls out, ‘She said no’. But it is her voice that should have been loud and clear. Do we still need a father figure to say our ‘no’?"