Enable Javscript for better performance
Gal Gadot: Wonder Woman 1984 is the hardest movie I have ever shot for, but it was worth it- Cinema express
ADVERTISEMENT

Gal Gadot: Wonder Woman 1984 is the hardest movie I have ever shot for, but it was worth it

Wonder Woman 1984's director Patty Jenkins, actor Gal Gadot and others tell us what to expect from the film

"Nothing is born from lies and greatness is not what you think.” This insightful line from the trailer of Wonder Woman 1984 offers a hint at what the sequel of the hugely successful superhero film explores as a theme. Three years after Wonder Woman released, and an unexpected 10-month delay later, the movie is set to release in cinemas on December 25 this year.

Gal Gadot reprises her role as Diana Prince, Wonder Woman. Chris Pine, as Diana’s boyfriend Steve, makes a comeback, although he dies in the prequel. Kristen Wiig and Pedro Pascal, who play the antagonists, are the new introductions. Wiig’s casting as Barbara Ann Minerva/Cheetah comes as a surprise, considering her repertoire includes mostly rom-coms and the popular comedy show Saturday Night Live. Pedro who is known for his roles in Narcos and The Mandalorian, plays Maxwell Lord, a charismatic businessman, and TV personality. With such a stellar cast, mind-blowing action sequences, and an engaging script, WW84 is writer-director Patty Jenkins’ big Christmas gift to audiences across the globe. Funny, emotional, and inspirational, the sequel promises to be a must-watch. Before the movie releases in theatres near you, the cast members, the director and co-producer, Charles Roven, speak about what went into the making of the film, the ideas explored, and the most challenging scenes that will keep the audience on the edge of their seats. Excerpts from the interviews:

Was making a sequel to Wonder Woman always on the cards?

Patty Jenkins: As we were finishing the first film, I thought I would be exhausted with it. But I was frustrated with what I couldn’t show in it. We showed the making and creation of the superhero but she becomes Wonder Woman only in the last scene of the movie. I found myself craving to do a film about a full-blown Wonder Woman. I started reflecting on what was going on in the world and what the character would want to say to the world, and the story came out of that. 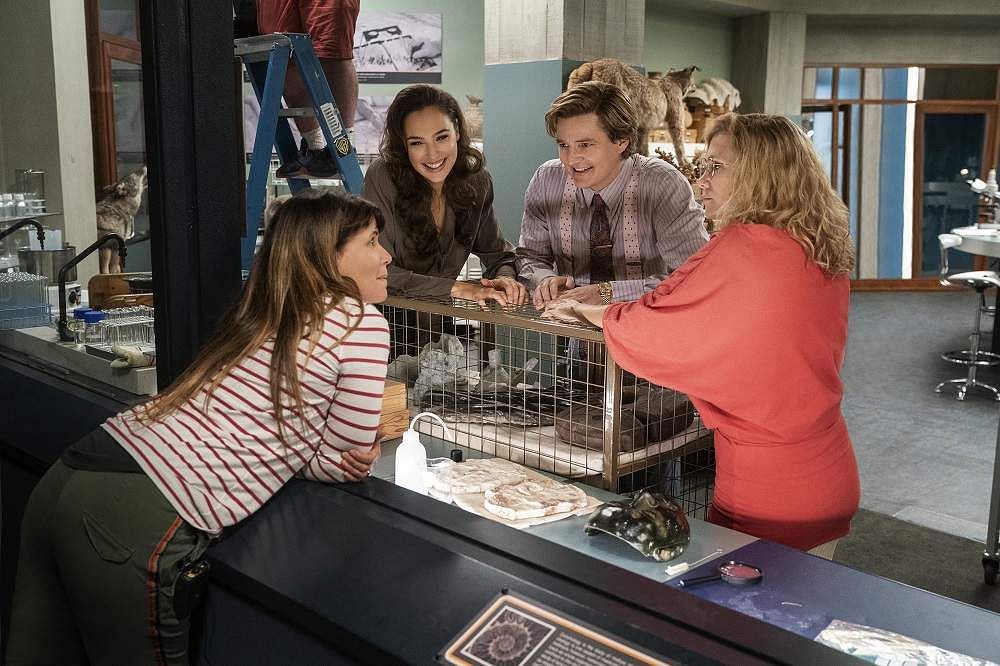 The story leaps from the end of World War I to the ’80s… Does the film deal with the gap in-between and Diana’s evolution?

Gal Gadot: We discussed a lot about the history of Diana, and how her life had been since we last saw her in 1918, to when we will see her in the 1980s.

Patty Jenkins: In this, Diana is trying to teach everyone she encounters about how to be a better version of themselves, and how to help and be kind. The last film was about her discovery of humanity. In this, we are getting into the core relationship Diana has with humanity and how she lives with humans. She’s not perfect either, so the story looks at her struggles and journey to do the right thing, which is so universal to all of us. Being a hero is not easy, it’s a difficult thing to do, and that’s what we are getting into. 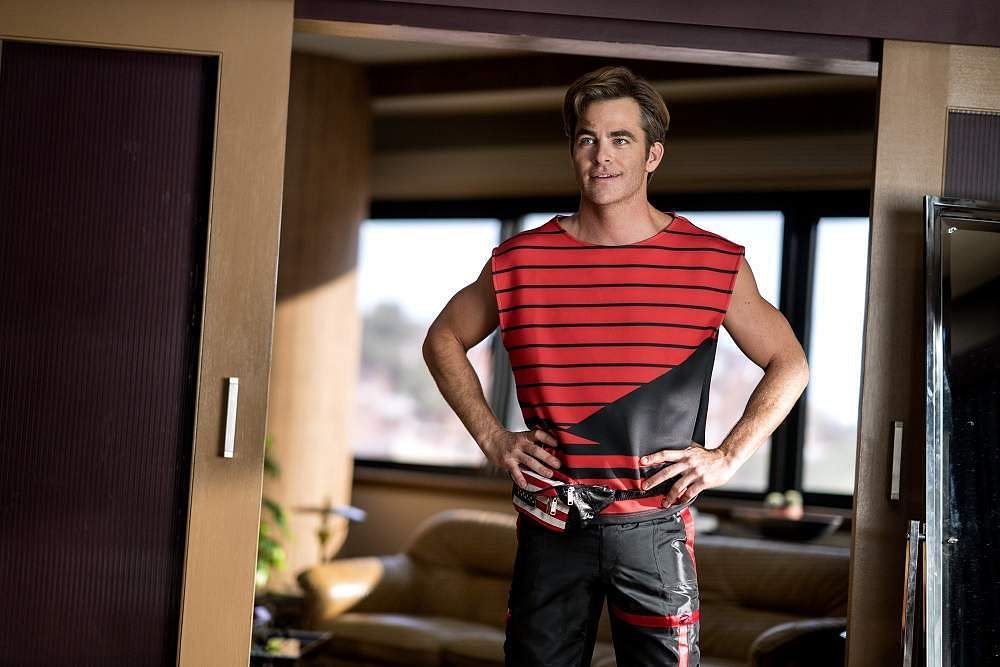 Steve’s character is back, and from whatever little we’ve got to know from the trailer, it appears like he’s quite enjoying the ’80s…

Chris Pine: For me, the most interesting thing to explore was the idea of Steve playing the proverbial idea of being a fish out of water during this era. It was a bit harder than I expected it to be. Everything became a moment of excitement, exploration, and fear. In terms of the outfits that I wore, I don’t remember… there was a lot of stuff that was thrown at me.

What’s the one thing that you fondly remember about the ’80s?

Patty Jenkins: I was obsessed with the Little Red Corvette song. I was always thinking about the song’s magic.

Pedro Pascal: I want my Swatch watch back. I had the one in which you could see the workings of the watch and Purple Rain is the song I lived by.

Pedro, tell us about your experience playing Maxwell Lord.

Pedro Pascal: I call it the Patty Jenkins experience and you can’t get away from it. It’s something so typical of her to create a character that comes with its own set of risks and danger, but alternately it also has humanity. No matter how dark the character is, there is this streak of humanity, perhaps to make it as honest as possible. I wasn’t surprised with the character because I had watched Patty’s films and was aware of the characters she creates. But I definitely don’t know if I will be able to deliver, and if I do, I owe it to my director. Kristen, we’ve mostly seen you in comedy roles, so how different was it to play the antagonist, that too as the Cheetah confronting Wonder Woman?

Kristen Wiig: I am a superhero geek, I have seen all of them. To know that I was going to be in it as a villain, was an amazing life experience for me. We didn’t want it to be like a typical regular girl-turned-villain. We really wanted to explore what it is about her that makes her so lonely and invisible. What is it that she really wants? So she goes through three stages of transformation. The wardrobes and costumes helped. Also, while working with Pedro we discussed more about her change. I have never done anything like this before, so it was kind of scary. I could visualise more of what I didn’t want to be rather than what I wanted to be. It was intimidating but it was a fun experience.

Which was the most challenging action sequence to shoot?

Patty Jenkins: There were quite a few scenes that were unbelievably complex, such as the fights between the Cheetah and Wonder Woman.

Gal Gadot: Everything about this movie was a lot! Everything was super-planned ahead. It was all laborious, but at the end of the day, you can tell it shows. Patty really made a point to have a minimum amount of CGI. Most of the things you watch are done by real people, whether it is us or the stunt people. A lot of wire action sequences are the real deal of the film. It is the hardest movie I have ever shot for, but it was worth it.

What’s it like to work with Patty as a director?

Gal Gadot: There is something about working with a director who is completely there with you, for you, behind you, beside you, and is there to guide you. She is a director who allows us the freedom to let go and helps us take big risks. I am very grateful to have worked with the amazing Patty.

Why do you think the idea of Wonder Woman resonates with people across the globe?

Charles Roven: It was only as a TV show that Wonder Woman had a sizable audience back in time. This Wonder Woman has a global audience, so this was an opportunity for us to show someone who is courageous, strong, empathetic, truthful, and loving. What’s not to embrace it?

Gal Gadot: I wasn’t lucky enough to see Wonder Woman kind of women while I was growing up. When I watched the film, I got so excited and emotional. I didn’t feel like Gal the actor or Gal the woman, I just watched it like a young girl. That’s when I realised the power of such movies. When you see it, you think you can be it, and you become it. I didn’t have the opportunity to see such strong women characters and now when I watch it and observe how it affects my daughters, other boys, men, and women, it just makes me feel very grateful to be a part of this.