Jeff Wadlow: Technology can never replace the need for a great story

Director-writer Jeff Wadlow, ahead of the television premiere of his film, Fantasy Island, talks to us about his liking for comic book adaptations, reviews to his films, amd more

With most filmmakers and screenwriters busy trying to come up with scripts that are reflective of the harsh reality of a world cowering under a pandemic, director-writer Jeff Wadlow, it seems, is going in the opposite direction. He assures he will continue doing what he does best: Making people escape reality through his cinema. "I would never want my films to be removed of the feeling of escapist joy," he says.

His recent film, Fantasy Island, is an example of that. "Even the title of the film makes it clear to them what they are signing up for. I offer them fun, thrills and surprise. Setting and fulfilling those expectations keeps me going."

With Fantasy Island getting its television premiere on &flix, PrivéHD and Zee Café, this Sunday, here’s the director-writer discussing the film and the role of technology in today’s films.

Save for Never Back Down, you have written all your films. Is it important for you that you write your own scripts?

Not at all. One of the things I love about filmmaking is how it is a collaborative art form.  I love working with writers and being surprised by them. Having said that, filmmaking is difficult and often necessitates that I write my scripts. I am not a director like Ridley Scott or Martin Scorsese to get the best scripts in Hollywood. If I wanted to add value to the material I direct, I have to roll up my sleeves and work on it as a writer.

You wrote and produced Bloodshot, directed Kick-Ass 2 and also have comic book adaptations like He-Man Masters of the Universe and Danger Girl in your kitty. How challenging is it to satisfy comic book fans with adaptations?

Servicing them is never a problem for me as I am a huge fan myself. When I wrote Masters of the Universe, Bloodshot or X Force, I wrote whatever I would want to see on the big screen as a fan. I still have the He-Man action figure I bought as a kid. In fact, I have a tower room in my house that has all my comic book and action figure collections. Given a choice, I would be making only comic book adaptations.

With the pandemic playing spoilsport, when can we expect these projects to go into production?

I wish I could answer that, but it is all in the hands of studios and financiers. My job as a storyteller is to keep working on scripts and make them better with my co-writers. I also have three-four top secret projects I can't tell you about now. So, let me just say that whenever a studio decides a project of mine is good to go into production, it will. 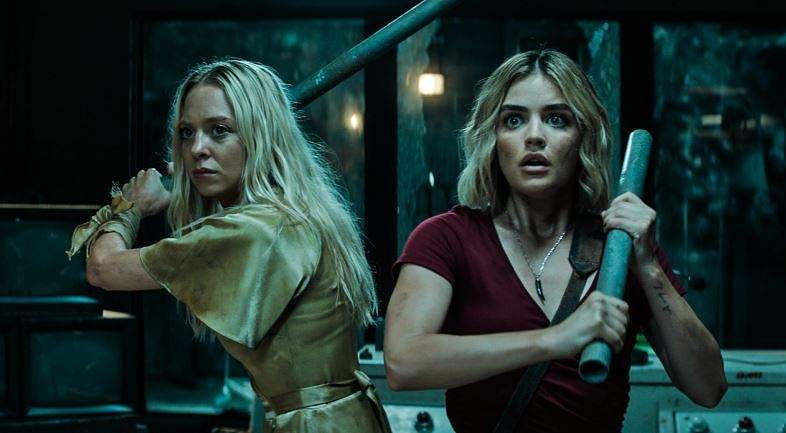 A couple of commercially-successful projects of yours didn't quite find favour among critics.

Sure, it is offputting to hear someone say they didn’t like work I spent a year working on. I make films for the audience, but I keep reminding myself that part of the fun in watching a film is having an opinion. I remember walking out of certain films shouting, "Oh, that was terrible!" So it is natural that some people feel the same about my films too. However, as long as my films make the audience experience what I want them to, I think I have done my job.

You were a successful short-film maker before you ventured into feature films. How useful has that experience been?

I think it is a great way to practise and hone your craft. Many think that watching films equips them to become filmmakers, but it is an entirely different discipline. The difference is akin to watching a sport and playing it. Filmmaking is hard and takes much effort. The few people who have been fortunate to get feature film chances without having directed shorts often regret the directorial choices they make during their debut.

There have been recent announcements of projects that have been made using 'virtual production'. Do you see this as the future?

Technology is ever-evolving, but we must remember that story is the most important aspect, and not the technology. Years ago, people were excited about 3D technology, and they thought it was the future. To answer your question, I do think virtual sets and virtual filmmaking will prevail. But no evolution of technology can replace the need for a great story.