If you really love outsiders, watch their films in theatres: Swara Bhasker

The actor talks about her latest series, Flesh, how her political opinions affected opportunities, and the recent developments around Sushant Singh Rajput’s demise...

Flesh, Swara Bhasker’s latest release on Eros Now, is the first series in which the actor will be donning the role of a cop. In a chat arranged as part of Time Pass, a series of webinars organised by The New Indian Express group, and hosted by senior journalist Kaveree Bamzai, Swara shared that playing a cop was no mean task. “There was a lot of action involved and it was hard. Almost all male stars have done a cop role while we don’t get such a chance even once. So, I'm happy I got to do this character,” she said.

Speaking about the series, she stated, “Flesh is a realistic and unflinching look at the world of human trafficking, which we don’t often see. As it’s a series, there was a lot more time to delve into topics with nuance. It is much more than just the cop chasing the bad guy, and this added a level of intimacy to proceedings.”

Swara credited the creators for the extensive research that she said has gone behind depicting the many layers of trafficking in the series; she is also hopeful for a second season. “Director Danish Aslam said that many parts in the show are based on real accounts told by police officers and NGO workers.” Swara revealed that her character’s emotional motivation was also inspired by her personal conversations with police officers from different ranks, who all shared the same frustration towards the system which gets ‘easily manipulated by criminals’. 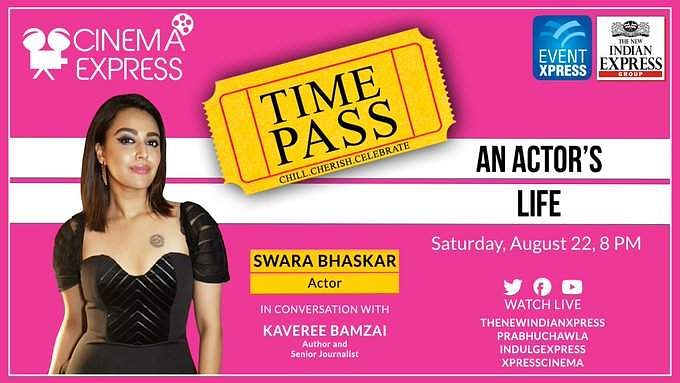 The actor also dropped a hint about Veere Di Wedding 2. “I think the second part is happening. Kareena and Rhea keep joking about it on Instagram; so I’m assuming something is happening.”

Swara Bhaskar admitted that her political opinions have affected her opportunities considerably. “Producers tell me I have the reputation of trouble and ‘nuisance value’. People tell me they want someone apolitical. I even have a contract/termination letter that says ‘you have brought disrepute to our brand due to your participation in CAA and NRC protests’. Are we really a society that respects freedom of opinion? We are not.”

Further, while addressing the developments around Sushant Singh Rajput’s case, she said, “We cannot assume the role of a jury. There is a process in place for this. If you really love outsiders so much, please watch their films in theatres. Everyone is talking so much about Sushant now but where were all these people when Sonchiriya, Kedarnath or Detective Byomkesh Bakshy! released? The issue has been hijacked by people with vested interests and it's tragic. I think we are doing a great disservice to Sushant and his memory.”

Meanwhile, Swara, who has completed 10 years in the industry, has been working during the lockdown on becoming a producer too. On the acting front, other than the two recent releases Rashbari and Flesh, she’s excited about Bhaag Beanie Bhaag, which will get released on Netflix in the coming months, and Sheer Qorma, an upcoming LGBT romance film.