I wanted to get typecast: Rasika Dugal

In a webinar session, Rasika Dugal opens up about her international debut, and her recent avatar as a co-creator of the short film Banana Bread

An actor plying her trade for more than a decade, Rasika Dugal’s career is a hotbed of activity. Her film, Lootcase, got released recently; her international TV series, A Suitable Boy, is streaming too, and she's at present awaiting the second season of her hit web-series, Mirzapur and Delhi Crime. In the latest edition of Time Pass, a series of webinars organised by The New Indian Express group, the actor spoke in length with senior journalist Kaveree Bamzai about her career, her international debut, and her recent avatar as a co-creator of the short film Banana Bread. 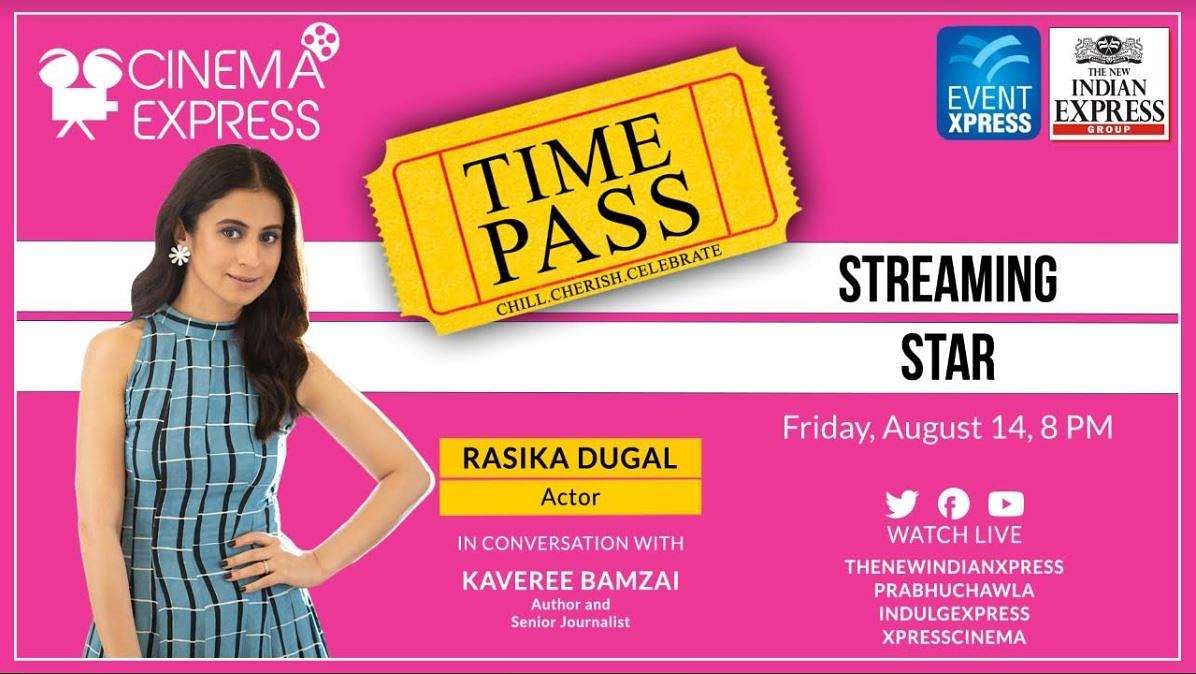 One of the first people to jump into the web-series space, Rasika noted that the platform has evolved over the years. "It has grown a lot and what I find encouraging is that there's no set formula to the content. We see new faces, and at the same time, those who are established get to benefit too," she said. On actors getting typecast, Rasika responded with an unconventional answer, “I wanted to get typecast because every time someone wrote a particular role, I wanted to think of me. Even if two roles are similar, they can be totally different.”

The Manto actor shared that she was apprehensive of signing up for Made in Heaven for a role she called, "short, yet emotional". "If it wasn't for the reassurances from Alankrita Shrivastava (writer) and the makers, I wouldn't have taken it. I don't find smaller roles exciting any more. My interest is in helping a character evolve over time, paying attention to the character graph and more," said Rasika, and added that’s why she chose Lootcase. "I got it when shooting Delhi Crime Season 1. I wanted something light-hearted as Delhi Crime was an emotionally intensive experience."

The actor called working on her new TV series, A Suitable Boy, a joyous experience. "Working with Mira Nair was on my bucket list. We spoke about everything from politics to motherhood to scuba diving. We were all living in the same hotel for three-and-a-half months, and it made me feel like I was living in a hostel," she said and went on to discuss the series. "I don't remember a time when society was so polarised. There's a fear of engagement now, and that's only increasing. We are expected to make our stance clear in a few loud words. I know we live in a misogynistic society and social media commentary has been proof of that. I did not take it personally and saw it instead as a social study. But it has become worse."

Rasika has spent lockdown time by collaborating with her husband to come up with a short film called Banana Bread. "I didn’t really want to write, but I can see the process is time-consuming and demands a lot of patience. Both of us are working on something new now, as a friend who liked Banana Bread showed interest in collaborating with us." Rasika does not see herself turning director. "Being a director is to be God as you need to have a sense of everything—music, rhythm, pacing. I am not sure I am up for it."