Filmmakers don't like to tinker with time-tested formula: Emraan Hashmi

The camaraderie between Bollywood star Emraan Hashmi and author and investigative journalist Hussain Zaidi was apparent in the latest edition of Time Pass, a series of webinars organised by The New Indian Express group. Titled The Mafia Story, the session, hosted by senior journalist Kaveree Bamzai, touched upon their collaborations, the underworld and much more.

Hussain began the conversation with appreciation for Emraan's physical fitness. The actor shared that he was spending his time predominantly on fitness to the point of almost overdoing it.

Emraan took a trip down nostalgia lane by reminiscing about Hussain pushing him to write his autobiographical book, Kiss of Life (2016), which was about his son's battle with cancer. Hussain said, "I realised this man had a sensitive heart and has gone through trauma. I thought to make him tell his story, something he was reluctant about; I thought it would help many parents going through similar experiences. I was surprised by how the final chapter turned out, the one where Ayaan (Emraan's son) participates in a race. I thought it was wonderful." 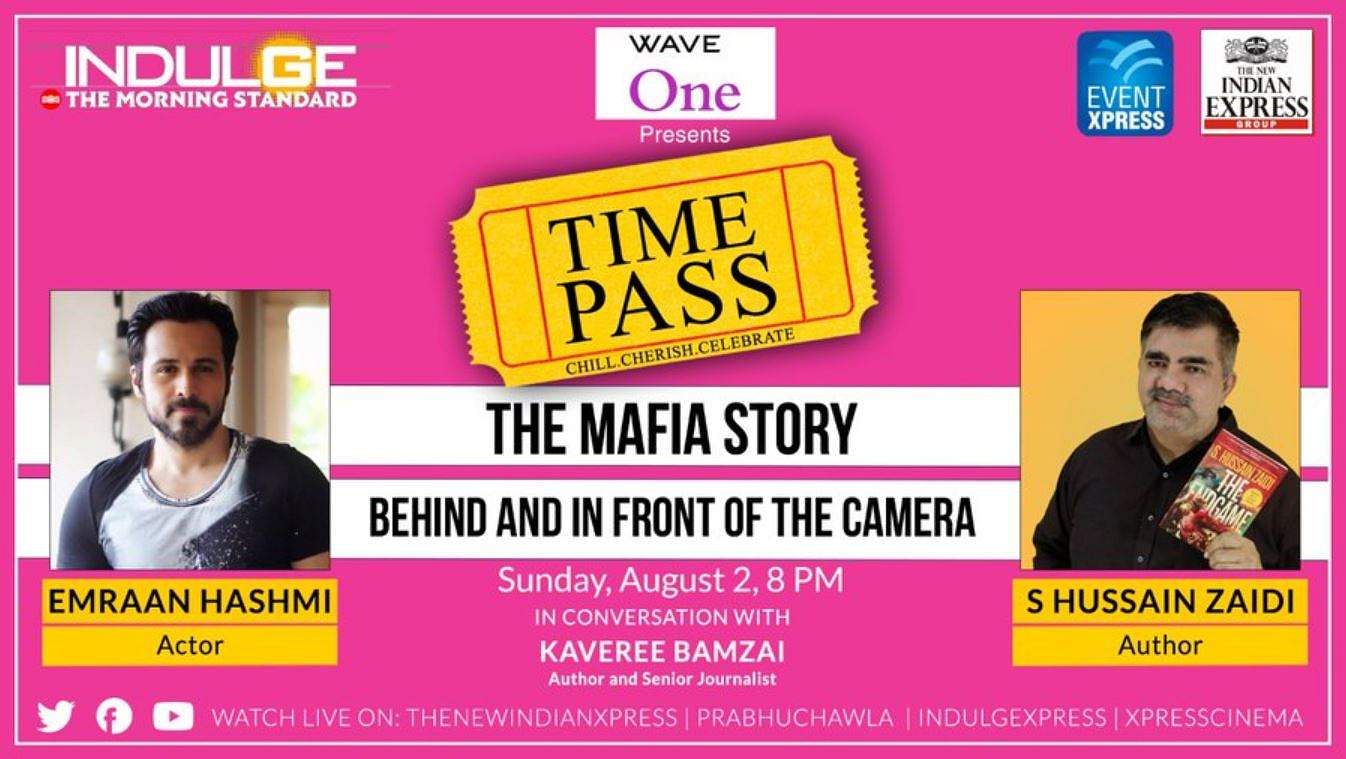 Asked about the authenticity of Emraan Hashmi's iconic movie, Once Upon Time In Mumbaai (2010), inspired by the stories of underworld dons Haji Mastan and Dawood Ibrahim, Hussain, the author of many bestsellers on the underworld, said, "It was a heavily romanticised version of the events but I told Emraan that his portrayal of a gangster is by far the best. It is not easy for someone, who is known to be a romantic hero, to pull off this role."

Emraan remembered that many advised him against taking up the role. "But I got a sense of what Milan (Luthira) and Rajat Arora were trying to do with the film. It also changed my image, as intimacy and I were strange bed fellows till that point."

Talking about the seeming fascination Bollywood and the underworld have for each other, Hussain said, "There are several reasons. Initially, Dawood and the underworld were funding Bollywood movies and that made the industry besotted with them. Also, whenever the stars went to Dubai for shows and events, they met Dawood for the parties. Over the years, they became an integral and inseparable part of each other."

The conversation touched upon the glorification of gangsters in movies and Hussain noted it has not changed till date. "I still see gangsters being romanticised. They always give a reason for why he turns into a criminal; there is justification."

Emraan suggested that this could be the case because the filmmakers try to play to the gallery. "There is a tried-and-tested blueprint and there is safety in that. You notice a certain kind of film work and one doesn't want to tinker with it."

The actor wrapped up the conversation by talking about what has kept him going in the film industry for as long. "It was an accident that I became an actor. Just being on the sets... just doing films and acting... That keeps me going," he said.