Enable Javscript for better performance
Karan Deol on comparisons with father Sunny: It’s inevitable when you are making your debut- Cinema express
ADVERTISEMENT

Karan Deol on comparisons with father Sunny: It’s inevitable when you are making your debut

The teaser of Pal Pal Dil Ke Paas, the debut film of Sunny Deol’s son Karan Deol, was launched on August 5. The reveal coincided with the 36th anniversary of Sunny’s debut film Betaab (1983). The similarities do not end there. In Betaab, Sunny played a character (called Sunny and from whom he gets his stage name) who ran a small-town farm and fell in love with a snobbish city girl. The film also marked the maiden appearance of Amrita Singh. In Pal Pal, Karan essays a small-town adventure guide named Karan Sehgal. He takes a shine to Sahher Sethi (debutante Sahher Bambba). Both films are love stories shot prominently in the hills: Betaab in Kashmir, Pal Pal in Himachal Pradesh.

Karan, who grew up in Mumbai in the shadow of his influential Deol family, does not shy away from comparisons with his father. “It’s inevitable when you are coming out with your first film,” he says, “If you look at our family, we are all diverse performers. My grandfather’s legacy is different from my father’s. There’s also (my uncle) Abhay, who does completely different work. Hopefully, as I get and do more films, my own personality will come through.”

The debutant traces his interest in filmmaking back to a Star Wars DVD-set belonging to Sunny. “My dad has this massive collection of movies. It became my own library and initial film school. As I became older, I started sneaking out alone to theatres. I did an acting course from Ealing Film Studios in London and assisted on Yamla Pagla Deewana 2. I also attended workshops at Rahul Rawail’s acting institute.” 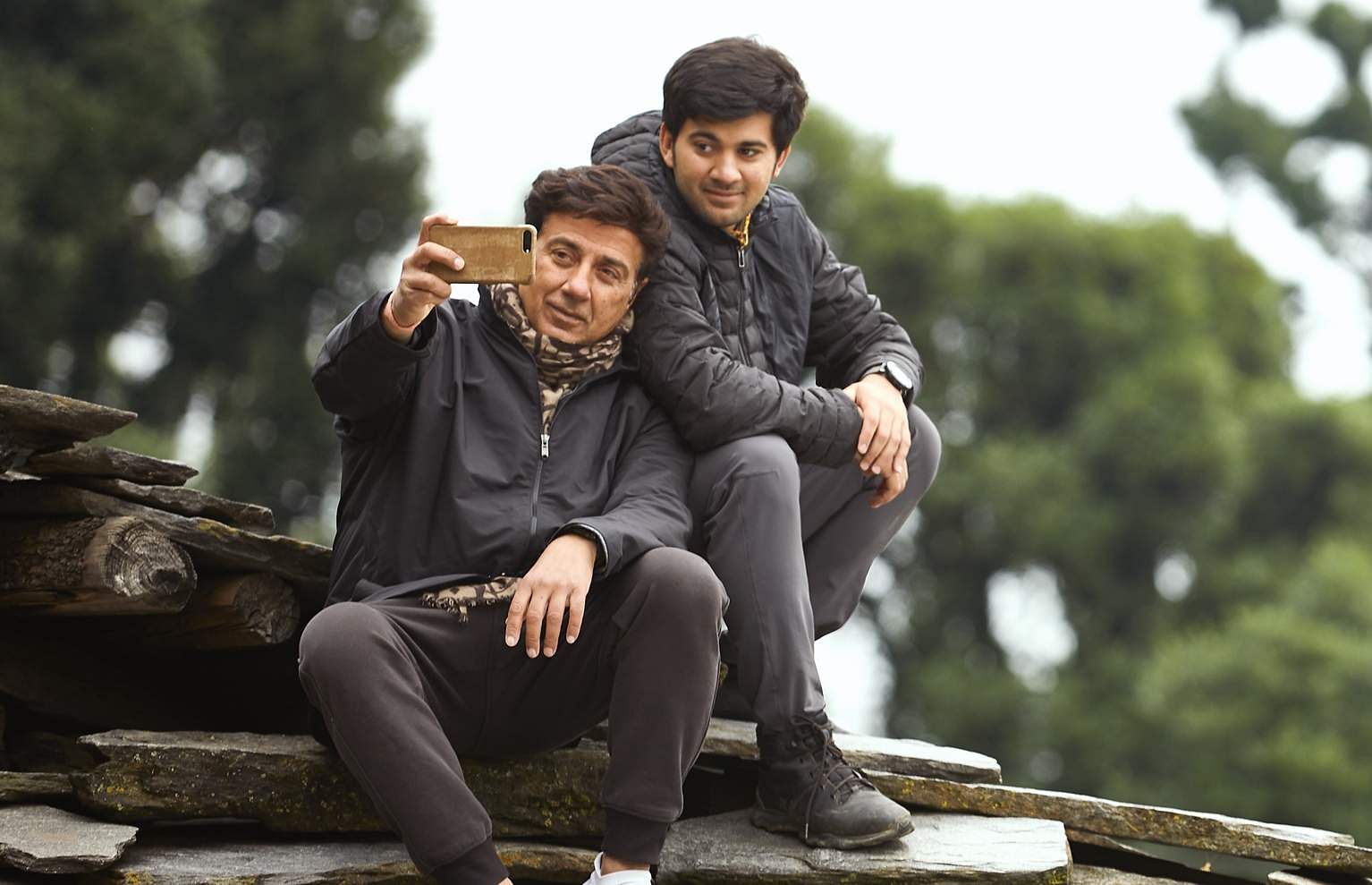 Asked about being directed by his father on a young-adult story, Karan shares, “He’s fully in touch with today’s cinema. He knows what’s going on in the contemporary world and is open to ideas. He kept the average age of our team capped at mid-30s. Our film has less to do with social issues such as the caste system; it’s about young, innocent love and the problems that arise because of it.”

A few weeks ago, Karan had spoken out against bullying in Indian schools. Speaking to Humans of Bombay, the newcomer recounted harrowing accounts of sustained bullying by schoolmates and teachers — all because he could not live up to his dad’s image.

“Ragging is a prominent problem in schools,” Karan notes, “Even if you are not a star kid but just a quiet kid, you tend to get picked on. People assume you are not likely to respond, which empowers the bully. It’s an aspect of any person’s growing up years. You can’t run away from it. The only way out is to believe in yourself and not listen to others.”

Karan is paired opposite Sahher Bambba in the film. Hailing from Shimla, Sahher moved to Mumbai in 2016. She won a pageant in 2017 and was eventually called to audition for Pal Pal Dil Ke Paas. Around 400 girls were screened for the part, over multiple rounds. “The fourth and final round was directed by Sunny sir,” Sahher recounts. “I had to act and dance in real-time, with full hair and make-up. The process went on for a month. Luckily, after the last audition, I got a call within a week.”

Pal Pal Dil Ke Paas was shot in Manali, Hampta, Kaza, Spiti Valley, Chandra Taal, and the Rohtang belt. Karan and Sahher trained in rappelling, river rafting, and rock-climbing. There were no body doubles, and the actors had to acclimatise themselves to the environment, which often fell to sub-zero temperatures. “Even though I am from the mountains, I had no idea such breathtaking locations existed,” Sahher recalls. “For one scene, we had to rappel down a waterfall. The water was frozen and thick with icicles. We had to do the entire trek three or four times. It was a scary and exhausting experience.”

Quizzed about the kind of directors they would like to work with, Sahher rattles off, “I love Karan Johar and his quintessential Hindi films. Kal Ho Naa Ho (directed by Nikkhil Advani) is my favourite and most-watched film. I also admire Zoya Akhtar.”

Karan chips in, “I love action movies so you will see me in a lot of those. Among directors, I’d love to work with Zoya Akhtar, Neeraj Pandey, Shoojit Sircar, and Rajkumar Hirani. All of their work is contemporary and different from each other. The characters they write are always unique. That’s what attracts me the most.”