Enable Javscript for better performance
I want to fulfil my responsibilities as an artiste: Nikhil Kumar- Cinema express
ADVERTISEMENT

I want to fulfil my responsibilities as an artiste: Nikhil Kumar

Though dubbing for the film was delayed due to political developments, Nikhil has now lent his voice for Abhimanyu's character in Kurukshetra; actor says the fight sequences were worth the effort

It was due to political pressure that Nikhil Kumar took a little longer for the dubbing of his portions for the role of Abhimanyu in the upcoming mythological drama, Muniratna Kurukshetra. The actor, who has finally fulfilled the commitment, told CE that an actor gets complete satisfaction only if he lends his voice to his character, and so he made sure that he did it.

“I unexpectedly stood for elections and had to give three-four months there. Then, the latest political developments further kept me busy. However, I never wanted to take my film profession for granted. As an artiste, I need to take the responsibility. If I have been chosen by the directors and producers, it is my duty to fulfil the role, and so I completed dubbing my portions for the character of Abhimanyu,” said Nikhil.

“More than being answerable to the public, I was answerable to myself. In fact, when I watched the recent trailer, where they had used somebody else’s voice for my character, it only made me realise that the role could be justified only with my voice. I am done done with it now, and nobody can question me,” he added. 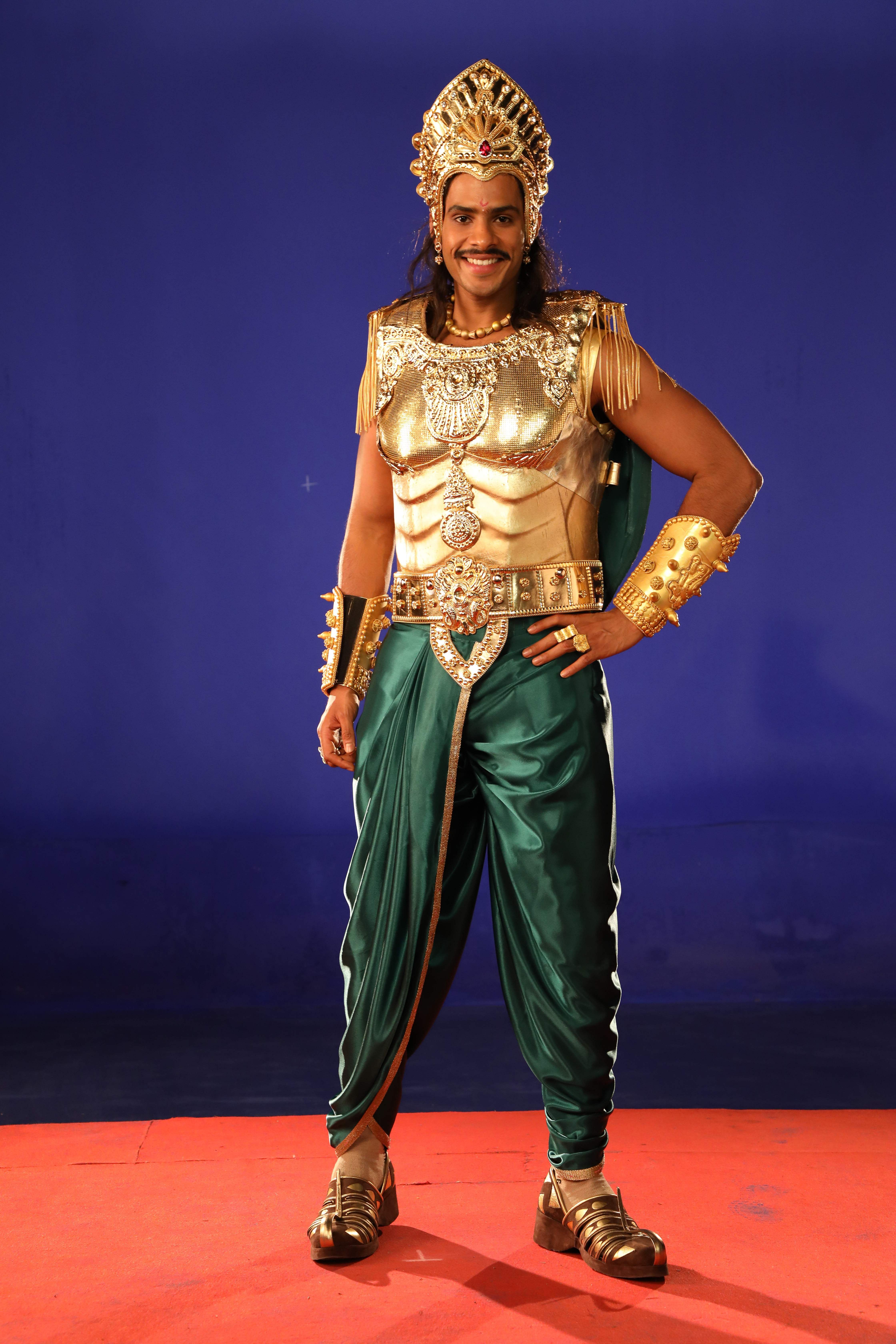 The actor also met producer Munirathna at the dubbing studio, where they spent an hour chatting about politics and cinema. “As a producer and actor, we share a good rapport, and he made sure that I'll get my final settlement,” said Nikhil, who has informed the production house that he would now be available for the film’s promotions.

Nikhil, who watched his portions during the dubbing process, said he was happy with the outcome. “These were the portions that I had shot a year-and-a-half ago and I still remembered the dialogues. However, dubbing for an epic is quite a task, and I managed to do it well. The best part of playing Abhimanyu was the fight sequences, which we shot over a 28-day schedule, and it was all well worth the effort. I am sure everyone will love it,” he said.

The epic drama, directed by Naganna and featuring Darshan as Duryodhana, will be simultaneously released in five languages on August 9.

Nikhil is now gearing up for his next project, which he will start in the next two months. “I will be collaborating with Lyca Productions for it. We are in the process of finalising the director,” he said.