Ahead of the audio release on July 27, the music director says he has worked according to sports drama theme; he also reveals how his combination with Sudeep has only got bigger with each film

The team of Sudeep’s upcoming film Pailwaan is getting ready to announce an official release date for the film, but before that, they have planned a grand audio launch. Director-producer S Krishna took to his Twitter account to make the official announcement. “#Pailwaanaudio Kannada release event in Chitradurga 27th July, we will be releasing Theme & single song from this week till Audio release event @LahariMusic will be announcing Schedule details,” (sic) he tweeted.

The film is getting a worldwide release in five languages, and Krishna will release a trailer in the different languages after the audio release. “All language Trailer will be released after that. Please show the love & support as always,” (sic) he added.

Pailwaan yet again brings together Sudeep and music director Arjun Janya. The association began with Kempegowda, and he has worked with the actor on eight projects. According to Arjun Janya, one of the busiest music directors in the Kannada film industry today, the combination only gets bigger with each film, and he goes that extra mile to come up with an extraordinary album each time. “Having worked with Sudeep, I know that the actor is particular about quality, and he likes his films to carry stylish music, with the arrangements and sound gelling with the script. The actor makes sure that the tempo doesn’t get dropped at any point, which is something I have kept in mind while composing the music for his films,” says Arjun. 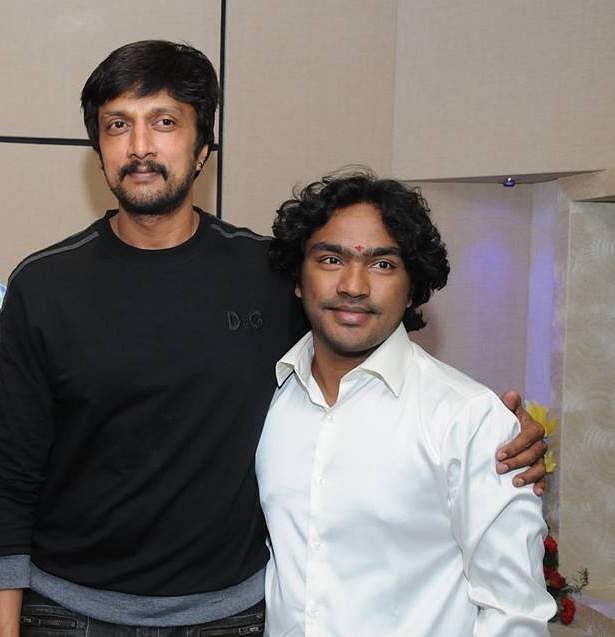 Arjun, who has composed six songs and two themes for Pailwaan, has opted for earthy music, which he felt would work well for the sports drama. The album, he says, consists of a title song, three love tracks, a motivational number, and one song about sports and the struggle it involves. “I have introduced an earthy theme, for which I have used mostly Punjabi instruments like dhol, tumbi etc. I have made use of instrument players who are quite popular in Mumbai,” Arjun says.

The music director, who always looks to work with new teams, plans to go with Hungary Symphony Orchestra for the rerecording. “We will start with the basics, and the final score will be done in Hungary,” says Arjun, who has Eric Pillai doing the sound mixing. “The sound engineer was associated with me for The Villain, and this will be his second Kannada project,” he adds.

Apart from Sudeep in the lead, Pailwaan stars Akanksha Singh, Suniel Shetty, Sushant Singh and Kabir Duhan Singh. The film, made under the banner of RRR Motion Pictures, has cinematography by Karunakara A.