"Animation takes a lot of hard work and character"

...says Sandeep Menon, one of the animation designers of this week's release, Spies in Disguise, talks about his contribution to the spy comedy, the nature of his job, and inherent challenges

Animated films are a lot of hard work. Always a lengthy and laborious process, thousands of people put in their time, effort, and dedication in weaving a story from start to finish – at times, spending days on just one frame, months on one scene, and even several years to get everything the way it was envisioned. There's so much that goes on behind an animated film – and it's not just the work of its scriptwriters, directors, voice actors, or animators that deserve the credit. What about the guys who meticulously design the world that these animated characters inhabit, making the happenings look so realistic and seamless? In the world of animation, this role is done by someone called an environment designer, and this is the job Kerala-born Sandeep Menon takes on every day at US-based Blue Sky Studios.

What Sandeep does is design (draw and paint) everything that appears in the framing -for example, the décor, the props, and the gadgets that the characters use, the job he previously did on films like Ferdinand, Ice Age: Collision Course, and Ice Age: Continental Drift. For Blue Sky Studios' Spies In Disguise, an animated spy-comedy, which is getting released in India this Friday, he was part of the team that manually designed concepts for objects, vehicles, environments, and structures that populate the film's environment.

With such a job at one of the most prestigious animation studios, one may wonder: How did he get to where he is now? Funnily enough, not by studying animation at college.

After completing his schooling, Sandeep went to the National Institute of Fashion Technology, Delhi, to study accessory design, and went on to design watches for about two years. This is when he realised that he didn't belong there. "I felt a fascination for cinema even from my college days. Without a moment's thought, I quit my job," he says.

Sandeep moved to the US and joined school at the Art Center College of Design in Pasadena. One of his projects that portrayed a future India in concept art with flying elephant cars and robots designed with traditional Indian motifs got him an internship at Pixar. Sandeep completed the program, learning about the arduous production process for an animated film during his stay and then eventually fell in love with it. He subsequently joined Blue Sky Studios, a subsidiary of 20th Century Fox Animation, and a division of The Walt Disney Studios, and has been there for almost a decade now. 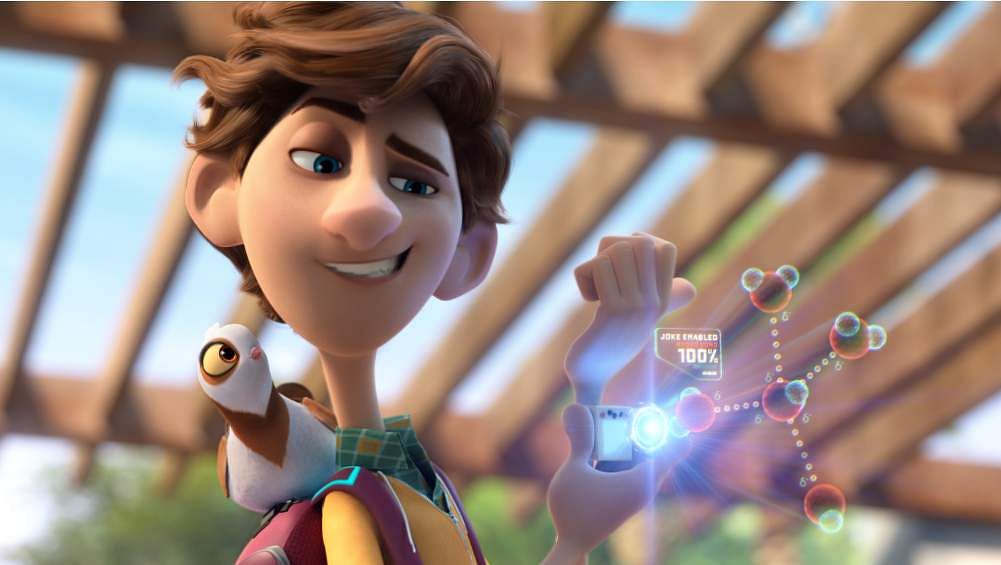 Sandeep concedes that being in an animated film's design department does take a lot of hard work and character. The life cycle of any element of animation involves the inputs of several people, plus a constant give-and-take between teams. "It all starts with the arts and designs team. Based on the script and the director's requirement, I come up with several versions of the set pieces, the props, the vehicles and other stuff with the help of line drawings, sketches, and paintings. In Spies in Disguise, most of my work revolved around gadgets and gizmos as it's a spy comedy. Say, if I have to design a state-of-the-art aircraft. I chart many blueprint variations with reference to the plane's top view, side view, and three-quarter view. The director then picks the one that matches his vision and gives it to the modeler, who then translates my design into a 3D sculpture, while adding his own controls. And then, it goes back and forth. I tell the modeler some changes. They incorporate them into the model and give additional inputs. We then arrive at the final digital model," he says.

For Sandeep, the intricacy of his tasks can get difficult – however, this challenge is what he loves the most about his job. "I remember an incident during the film's production, when I was required to design a one-man submersible for one of the lead characters, Lance, who's one of the best spies in the world. One-man submarines are usually bulky by design. However, the director wanted the spy-submarine to match the lead's sleek aesthetic. Designing that submarine in the most contemporary fashion was super challenging. I had to research for many days to even come up with a rough sketch," he says. "It's really about trying to become an expert on whatever you are working on. Ice Age was my first film in Blue Sky, and I had to suddenly learn about ice, the arctics, and that sort of things. I didn't have a clue about that ecosystem, but I walked out of that film knowing so much more." The same thing happened for Sandeep during the production of Spies in Disguise. "By the time I finished production on it, I had lots of new knowledge on secret agents and their gadgets," he adds.