Samyuktha Hegde: I gained eight kilos to play a mother in Comali

The actor, who made her debut with the Jayam Ravi-starrer talks about her physical transformation for the film, her interest to do a cop film, and her upcoming projects

Almost every critic spoke about Jayam Ravi's physical transformation in the recent Comali, but the efforts of Samyuktha Hegde, who donned two contrasting looks as the timid schoolgirl and mother of a five-year-old, went fairly unnoticed. "I had to put a lot of effort to look the part," she says, "I  have broad shoulders as I work out regularly. Any 12th standard girl in the 90s wouldn't have had biceps. So, I quit the gym after I signed Comali." She goes on to reveal the work she put behind getting the mid-30s look right. "For the scenes in the second half, I gained more than eight kilos," she says.

Interestingly, the actor who has made her Tamil debut in Comali playing a highschool student, was actually in school when she made her entry in cinema with the Kannada hit film, Kirik Party. "I was barely seventeen when I did the film, and I didn't even have plans of taking up acting seriously," she says. Kirik Party also marked the debut of Rashmika Mandanna. Samyuktha is full of praise for the achievements of the Dear Comrade actor. "Rashmika was always clear that she wanted to be an actor. She pushed through her limits and has done excellent roles in the past years. I am really proud of her."

Just like in Kirik Party, Samyuktha shares screen space with another heroine in Comali: Kajal Aggarwal. Does she have any apprehensions signing projects that feature multiple heroines? "No, I don't. I am confident that my roles deserve me and doing justice to them is my sole responsibility. I feel it's a director's work to ensure that my character is noticed by the people." She thinks nobody can steal the limelight of others. "What I deserve will reach me. If not today, I'll get it tomorrow. I am happy to wait."

Questioned about her future plans in the industry, she says, "Having no plans is the plan. I have had concrete plans in the past and most of them bombed. So I have decided to go with the flow and take whatever life throws at me." She also adds that she doesn't want to stick to films of one particular language. "I want to be a part of films for a universal audience. I am really good at Kannada and I understand Tamil now. So yes, language is not a barrier." 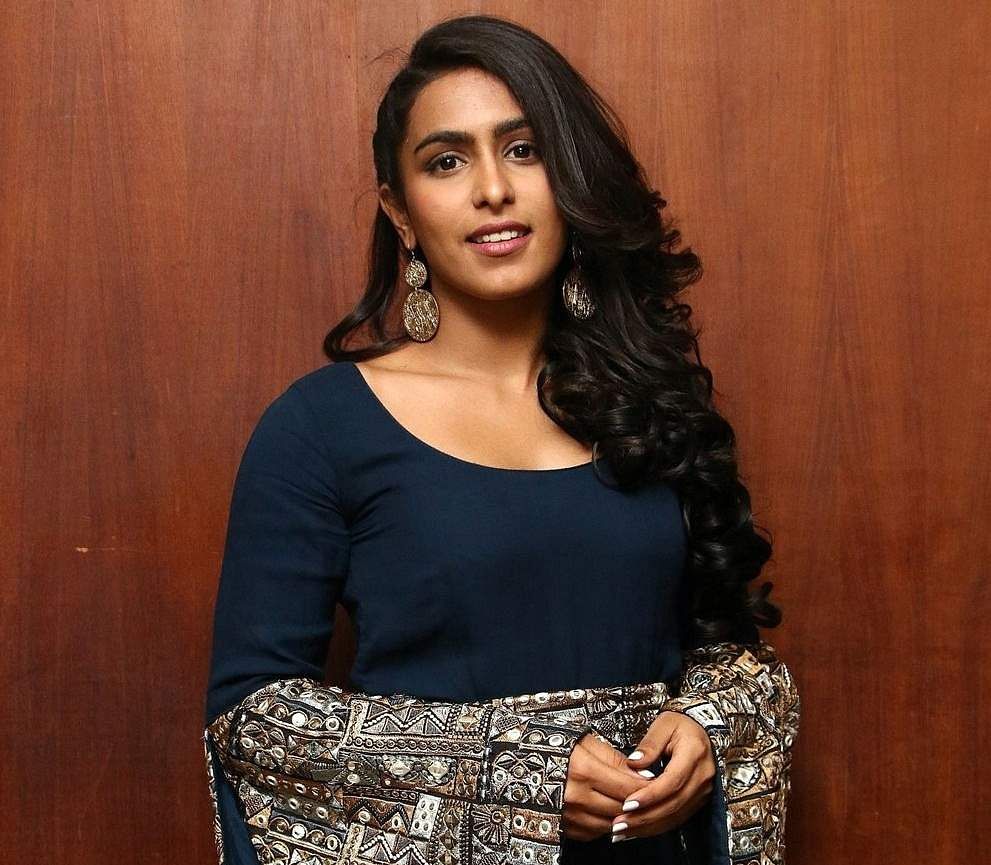 If you follow Samyuktha on social media, you will know that she is a big fan of adventure sports. That is probably why the first thing on her wishlist is a cop film. "I would love to play a cop soon, as I am a trained fighter and athlete. I can pull off action scenes without much difficulty." She also aspires to do a full-on dance film some day and considers her dream half-realised that she has a film called Thael in which Prabhudheva plays the male lead. "Working with master is a dream come true. I have two dance numbers with him! The film is complete and will hit the screens in September."

Contrary to the first look of Samyuktha's Puppy, which hinted that the film might be an adult comedy, Samyuktha clarifies that it's actually a romcom. "I wouldn't say it's a film for kids, but at the same time, it's not an adult entertainer. It's a hilarious love story of a couple, whose life gets influenced by a puppy. I'm confident that the theatres will be filled with laughter."