Enable Javscript for better performance
Balu Mahendra taught me the difference between a script and a film: Saravana Rajendran- Cinema express
ADVERTISEMENT

Balu Mahendra taught me the difference between a script and a film: Saravana Rajendran

The director whose debut has opened to favourable reviews opens up about the his journey in cinema, the Ilaiyaraaja connect and the hidden details

Debutant director Saravana Rajendran, the elder brother of filmmaker Raju Murugan of Joker fame, is visibly content with the reaction his film Mehandi Circus has received. Speaking to us from a theatre visit in Coimbatore, the director says, "Many have come forward to talk to me about this film. Those above the age of 40 have told me that the film reminds them of their love stories. The youngsters told me they have loved the film and look forward to bringing their partners for another show. In some theatres, I saw the film getting a standing ovation."

The Joker in this circus

I worked as a co-director in Joker when Murugan travelled to North India. He was impressed with this circus knife-throwing troupe's target girl and wanted to make a story out of it. Meanwhile, I had a story, set in the 90s, of a young man who has his own music cassette store. So, we made the circus as the main story with the cassette store as the hero's backdrop and came up with separate scripts, dialogues and screenplays. We compared both and went with what we thought were the best bits.

A new face and a Bollywood actor

We were keen on having a fresh face for the male lead and we found Madhampatty Rangaraj through our contacts. For the role of Mehandi, I needed the actor to have a 'circus mugam' apart from being able to pull off emotions in close-ups. She also needed to be short and seem authentic as a character from the North. I was not impressed with the auditions and that's when I got reminded of Shweta Tripathi's performance in Masaan. I saw the film again and thought she would be perfect. She liked the script and was confident that it would be a perfect launch pad for her Tamil debut. I invited her to Chennai for a workshop and made her stand as a target girl in a real knife-throw. A man named from Raja from Chinnamannur is the last person from our State who is a professional knife thrower and we made him throw the knives. She was obviously scared in the beginning but she got used to it. We did it because those who do that as a job smile as they face up to the task. 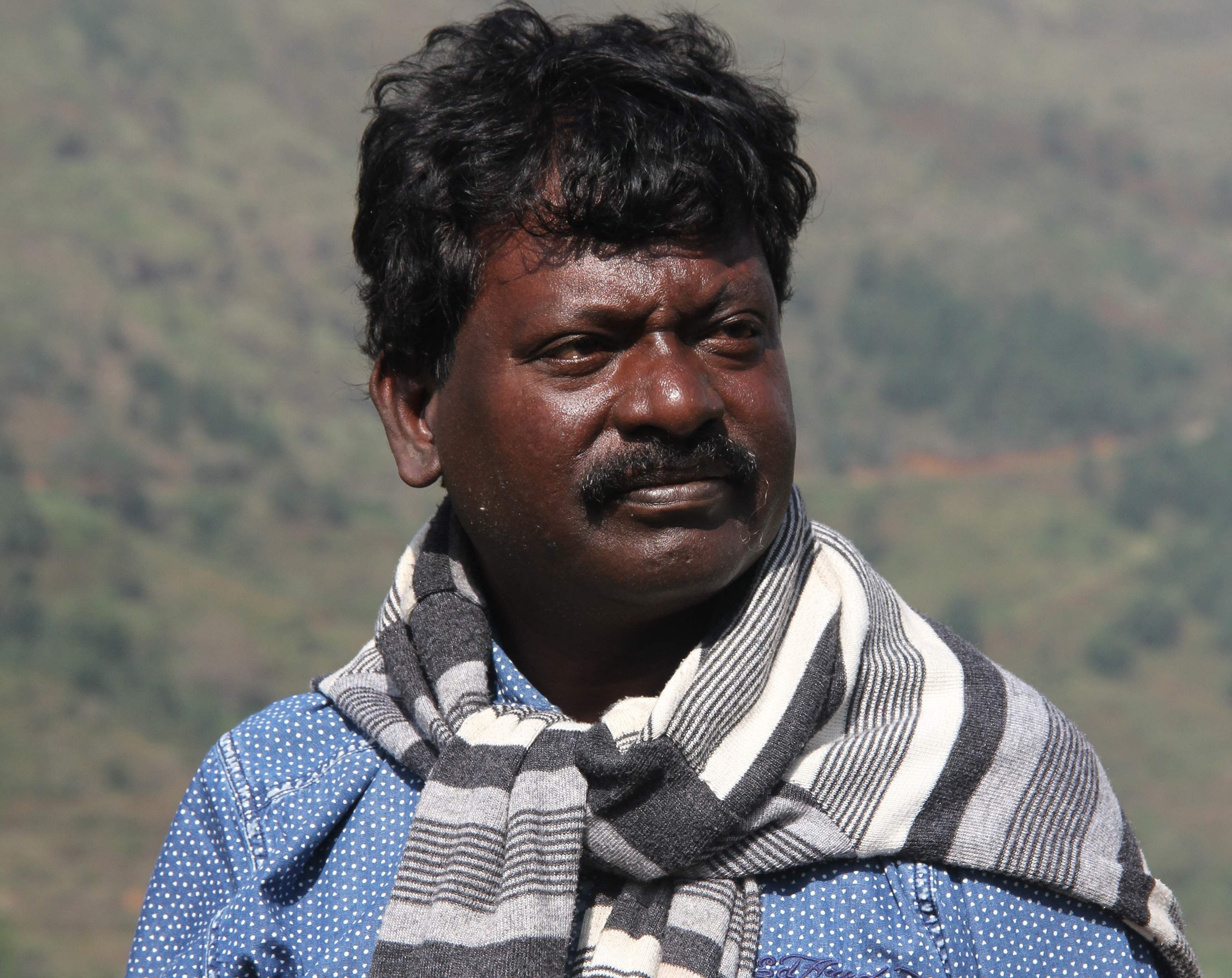 From the shores of Mumbai

As it's shown as a circus from the North, we needed authentic talent. The character that throws knives, Jhadav, was someone I was in the lookout for a while. I liked a few artistes, but they demanded  a lot of money. Moreover, they weren't ready to work in remote locations. That's when I got the profile of Ankur Vikal who was also a part of Slumdog Millionaire. I met him over Skype and he had the features I expected. Mehandi's father character is also an important one and I was sure that Sunny Charles (of Dhobi Ghat and Hisss fame) would fit the bill correctly. His face is apt for the role and we got him onboard. Apart from the primary cast, almost all of them you see in the circus scenes are real-life circus artistes.

Rolling in the deep with Roldan

I had to work for re-recording and songs with Sean Roldan for Joker, and we noticed the sync between us. I didn't have to explain what I wanted as he would understand it instinctively. He is also close to Raju Murugan; so, when Mehandi Circus got confirmed, he was the first to get on board. Thanks to our friendship, we were able to work with freedom and the success of the album can be owed to that.

I used the character of the hero's mother to define how much caste matters to his father. So I made her embroid ducks in her free time because ducks cannot fly much and can be held by their neck. That's how the mother's character is to her husband.

The watch used by the church father is a symbol of love. We didn't want to dwell deep into it but get a point across -- we have an image about those who are closer to god than us and we don't realise that they too are humans with emotions. Even the relationship between the father and the single mother to whom he sends the eloping couples for safekeeping, is intentionally kept open. You can consider them to be friends or even as lovers who couldn't get united (smiles).

His music impacted my life like how it has done to many. There's a song from him for every situation life throws at us. Even now, if I have an issue, I listen to his songs before going to bed, and that refreshes me. After moving to Chennai, Murugan and I would listen to his songs every night till 4 am. Friends such as Vinoth (director of Dheeran Athigaram Ondru) would join us at times too to discuss stories while listening to Ilaiyaraaja sir's music.

I had earlier assisted Kamal Haasan sir and Balu Mahendra sir. Seeing many films and reading a lot might help in making us more creative but it will not help practically when we get to work. Balu Mahendra sir asked me once what my favourite novel is and I told him it was MV Venkatram's Kathukal. He then told me that it cannot be made into a film as ezhuthu mozhi and kaatchi mozhi are different. He showed a Sujatha novel as an example and how it could be made into a film because it can be visualised as we read. I also learned how to approach people from him. His sets are extremely silent as everyone knows what they have to do. He believes that such an environment can help us concentrate on what we are doing. From Kamal sir, I learned how to be unyielding. If he wants something to happen in the sets, he would not be flexible and would want exactly what he asked for. What I've learned from them are something I would cherish for ever.