'Technicians are undervalued in Malayalam cinema'

An integral part of Rajinikanth's 2.0, Shiji Pattanam served as a chief associate of the film's production designer Muthuraj for around 20 years, beginning with the Mohanlal film Guru (1997). His first independent stint as art director happened with Mammootty's Aparichithan (2004) and he has since worked on a multitude of projects in both Tamil and Malayalam.

It was Pattanam Rasheed, the make-up man of Guru, who fetched Shiji his first opportunity. "I was caught up with my paintings and exhibitions when Rasheed dropped in one day, while Guru's pre-production was going on, and suggested I join him," recalls Shiji, who started out as an artist.

Despite being in the field for a long time, it was his expansive work in last year's aviation-related film Aby and also Aashiq Abu's Mayanadhi that brought Shiji considerable attention in Malayalam cinema. 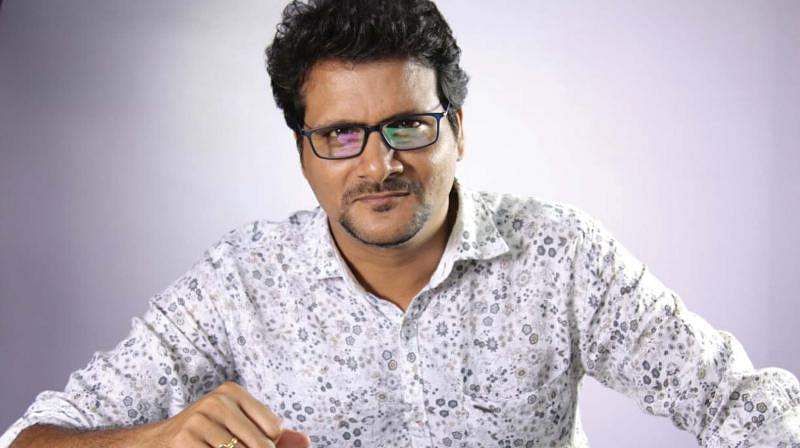 He calls 2.0 the most challenging project he has worked on so far. "Considering the fact that outside help would take up a lot of time and resources, we had to design most of it ourselves. However, we decided to retain a select group in the team even though we ran into some challenges with them initially," says Shiji.

He points out, in particular, the complexity of staging the stadium sequence, which took up to 40 days to film. "The rent of that LED wall itself was Rs 24 lakh. We had to sit down with a group of event coordinators and bring down the amount from Rs 2-3 crore. We managed to set up the whole set in 10 days. Also, it was impossible to create a loud action sequence in a stadium. At one point, we didn't have permission to stage a fiery scene on a particular grassy area on the ground so we had to create the grass and do everything separately."

Though a significant amount of CGI was used in the film, not everything was created on the computer, clarifies Shiji. "First we have to create something real for the VFX team to work on. The 1000 robots you see on screen is an extension of 300-400 live robots created by hand, piece by piece. The 'robot cage' that shows up in the stadium, for example, is a CGI extension of a section of a 40-foot model we built first."

Shiji and Muthuraj had gone through everything in detail prior to production. The former gives a fascinating account of a major night fight scene involving Rajinikanth and Akshay Kumar. "80 per cent of that scene is real with the rest enhanced by CGI. We essentially created a tiny city for that sequence: an entire street with 15 buildings, vehicles, and street lights. Shankar wanted that sequence to have a unique ambience. This portion was the most expensive out of all, in fact. The pre-production itself took 3-4 months."

Asked about the lack of technically impressive big-budget films in Malayalam, he says, "Here the producers aren't willing to spend even 20 per cent of the required budget. When you're planning things on a massive scale, you need good quality material to work with. Instead, you're asked to make do with sub-par materials. The other problem is technicians are undervalued in the Malayalam film industry. This is where Tamil cinema fares better. The actors over there are involved in every discussion -- they're aware of everything that goes into a scene -- while here everyone shows up at the last minute unaware of all the details, not to mention making us run around the block for their dates."

In order to be a good art director, one needs to have a sound art background coupled with the ability to work under extreme pressure and a huge reservoir of patience, says Shiji. "You should be able to get a good grasp of the director's vision and quickly adapt to it. When he asks you to draw something, you should be able to produce it on the spot. A majority of the people working in Malayalam cinema don't know how to draw well, and this reflects in many of the films made here. They have the tendency to copy work that came before."

Shiji will be once again collaborating with Muthuraj for Shankar's Indian-2, in which Kamal Haasan will reprise his role from the original. He says a few portions are expected to be shot in Kerala. His upcoming Malayalam release is Vijay Superum Pournamiyum starring Asif Ali and Aishwarya Lekshmi.