This weekly column details the fascinating encounters that often take place on the sets of a film and this week, it is from the floors of Visithiran

The shoot of director Padmakumar's RK Suresh-starrer Visithiran was filled with new and challenging experiences for its female lead, Poorna. For starters, she had to play a corpse in the film. "I have played a corpse before, but for the first time in this film, my shooting began with my character being dead. Being laid in a coffin was also a first for me," says Poorna. The sequence is for a montage song shot at Kodaikanal for four days during which she was carried around in a coffin. Though she didn't have to do much, it was not as easy as she thought it would be. "My eyes had to be shut during the whole sequence but during close-up shots, I was conscious, and my eyeballs were involuntarily moving. This resulted in multiple takes. I also had to hold my breath each time and had to stay perfectly still."

Another part of the shoot had her playing a pregnant woman. "I kept making mistakes about the movement till director Padmakumar stepped in to give me tips. He taught me how a carrying woman would use the handrails while climbing stairs and often touch their stomach while walking. He was keen to make these sequences look natural." Poorna went on to shoot scenes with a newborn. "I have acted with babies before, but this was the first time I was working with a tender, newborn baby. I was anxious, even though the baby's mother was nearby to guide me."

For a post-delivery ceremony scene in the film, RK Suresh apparently had to pour castor oil on her hair. "For each close-up, re-take, trolley shot and camera angle change, Suresh had to keep on pouring more oil on my hair and arms. By the end, I was soaked in oil, and it was dripping down my hair, and onto my dress. My hairdresser had a tough time getting all the excess oil out. But I also felt relaxed thanks to that oil massage and even dozed off for a bit after that."

In this same film, Poorna also plays an older, middle-aged woman, complete with white hair, sari and thick glasses. "Looking at myself in the mirror, I felt like I was peeping into the future." When getting into that character proved to be a challenge, Poorna thought about her mom and other older women from her family. "I recalled how their body language exudes a certain grace, maturity and poise, and I emulated that. Even for a scene where my character cries, I recalled how the women I've observed would cry in a certain way, burying grief deep within themselves. All this helped me a lot and I was elated to explore so many dimensions of being a woman: a young bride, mother and a middle-aged woman, and all in one film." 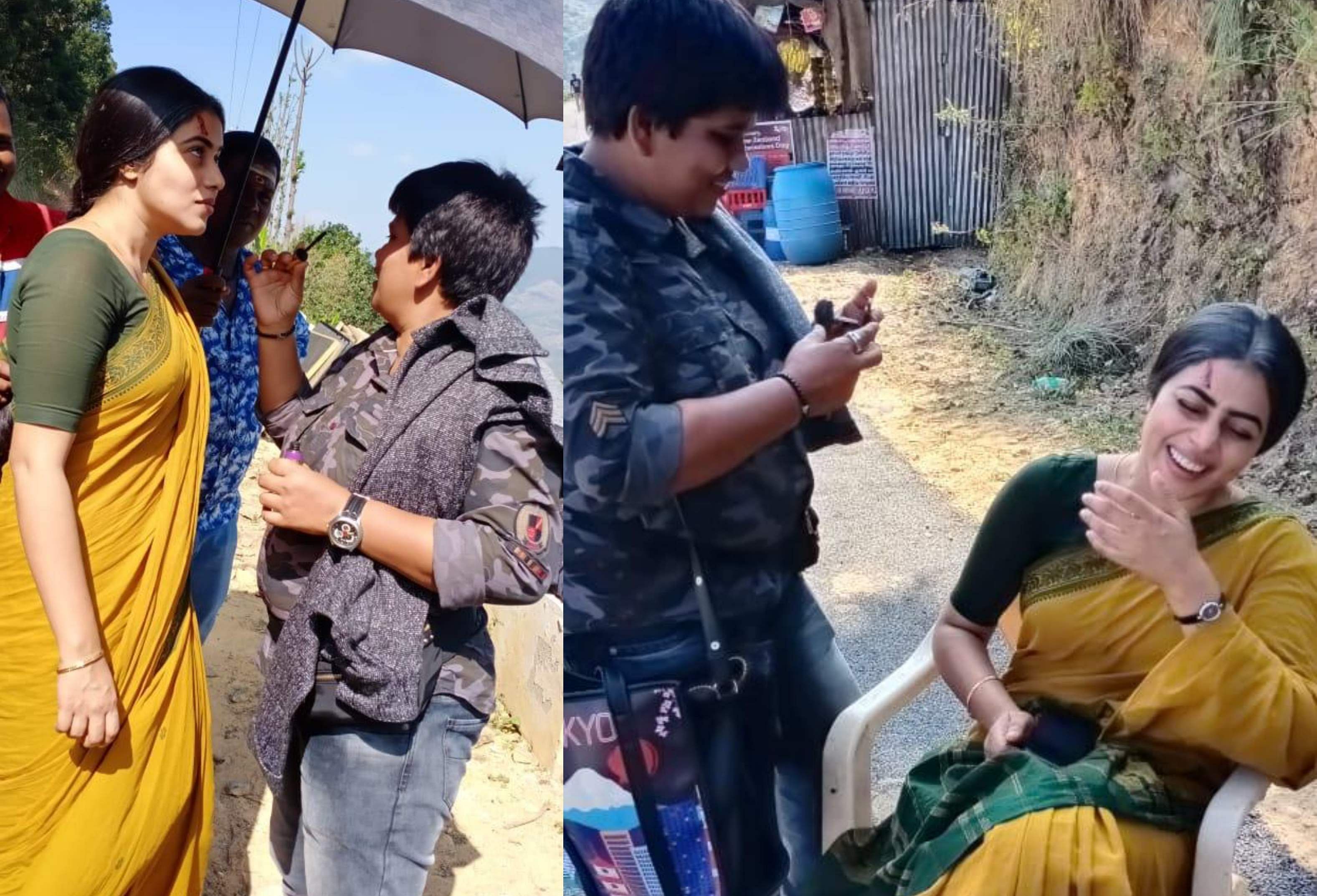