This weekly column details the fascinating encounters that often take place on the sets of a film and this week, it is from the floors of Yenni Thuniga

Shooting for the Jai-starrer, Yenni Thuniga, resulted in actor Athulya Ravi having a variety of experiences. To begin with, her introduction shot was to happen at the Semmozhi Poonga in Chennai. “I had just flown in from America after a hectic 15-day event tour. I was jet-lagged and wanted to go home and rest. As it was my first day of the shoot though, I drove directly from the airport to the location," says Athulya. "I was tense as I had developed acne due to travel-related stress and my eyes looked tired too. Somehow, I managed to freshen up with a hot towel, and my make-up man helped too. I was glad to note that the scene came out really well."

There was another occasion when she couldn't afford to take a single break. A robbery scene was to take place on the set of a giant jewellery shop, featuring Athulya, Jai and about 100 artistes. "I had three call sheets in a single day, which meant that we shot without any break from 9am to 6, the following morning." Apparently, she couldn’t rest even while waiting in between shots. “That day, it took all my willpower and multiple cups of green tea to keep awake!” She also remembers having a “heartwarming experience” when shooting a scene in a slum. “The scene had me teaching children from the area. As we didn't have any junior artistes, we ended up shooting with the locals, with whom I developed a close bond. Well after the shot was over, I continued teaching them. I felt a deep connection with all of them."

But perhaps the experience Athulya may remember the most is a stunt scene in which her character was to get shot and injured. It was her first time shooting with a balloon filled with fake blood. “This is called a splash-shot as the fake blood splashes over you. The balloon fitted on me was connected wirelessly to a button. When the shot was fired, the director triggered the button causing a gunshot-like explosion with the fake blood beginning to ooze out. But the sudden explosion was louder than I expected, and my ears started ringing. I was so startled that I screamed loudly and fell.”

Director Vetri Selvan and the team, however, were pleased that her reactions seemed natural for the character, and applauded her. “They thought I was acting,” she says, laughing. 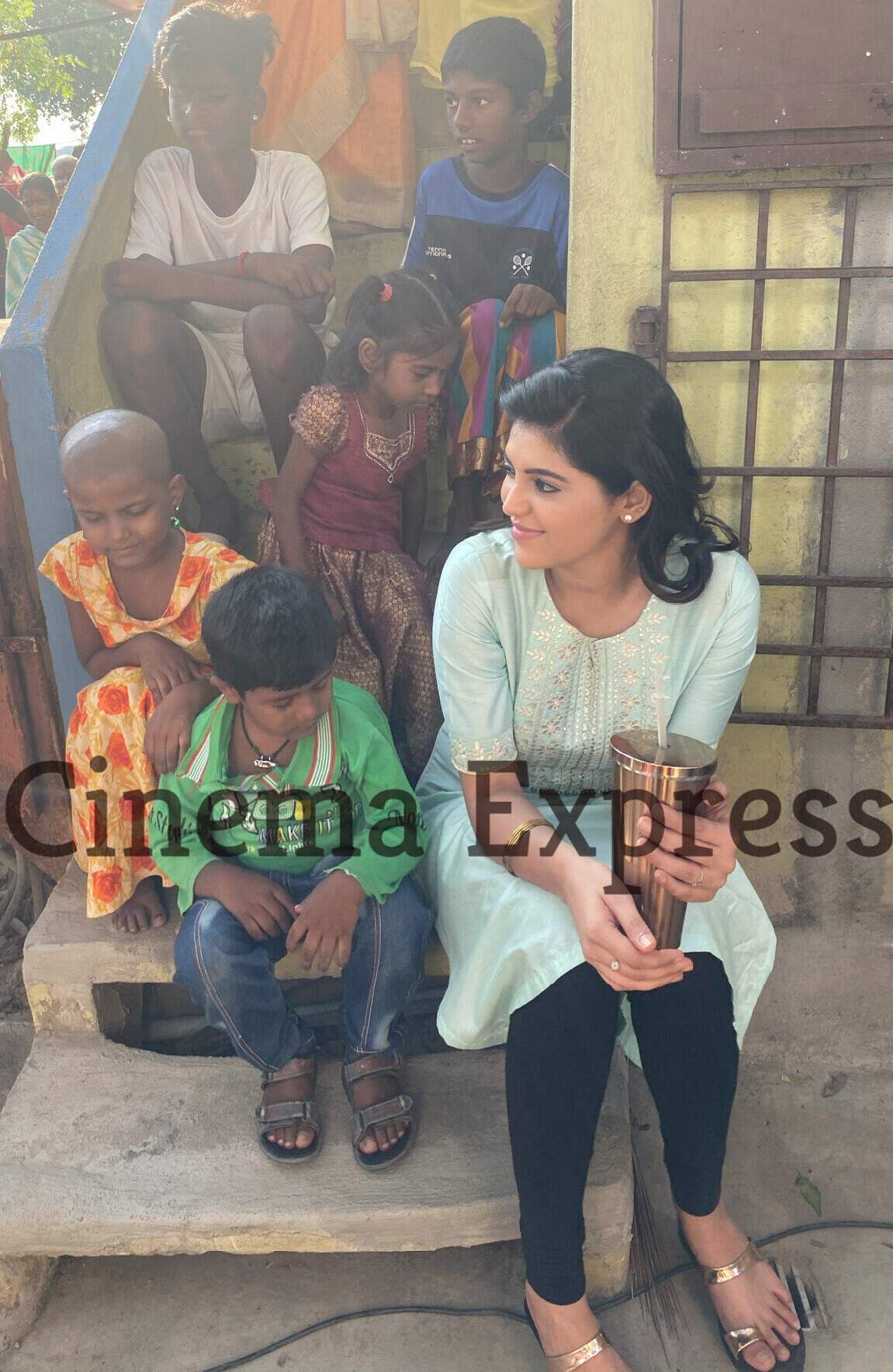