On the first day of her shoot for Pagaivanuku Arulvai, heroine Bindu Madhavi was a picture of excitement. Her role required a make-over for a period setting, complete with hair, costume, and make-up to reflect the 80s. Her first shot for the film, however, was completely unexpected, she says. This was an action sequence that demanded that she fire a gun, something she had never done before. Director Anis brought a gun expert to train her to use the firearm. “He showed me how to handle the gun. As using a dummy gun for a close-up shot would seem fake, we were actually using a real one. It took me time to learn and manage the weight of the gun,” says Bindu Madhavi.

The shot needed her to hold and aim the gun with her right-hand, as the camera would move in for a close-up. Though it was a simple shot, it was taking longer than usual, as the focus kept fluctuating each time. Bindu’s hand was not steady enough. The director noticed that her hand was shaking under the weight of the gun, and saw that her expression also betrayed her physical strain. 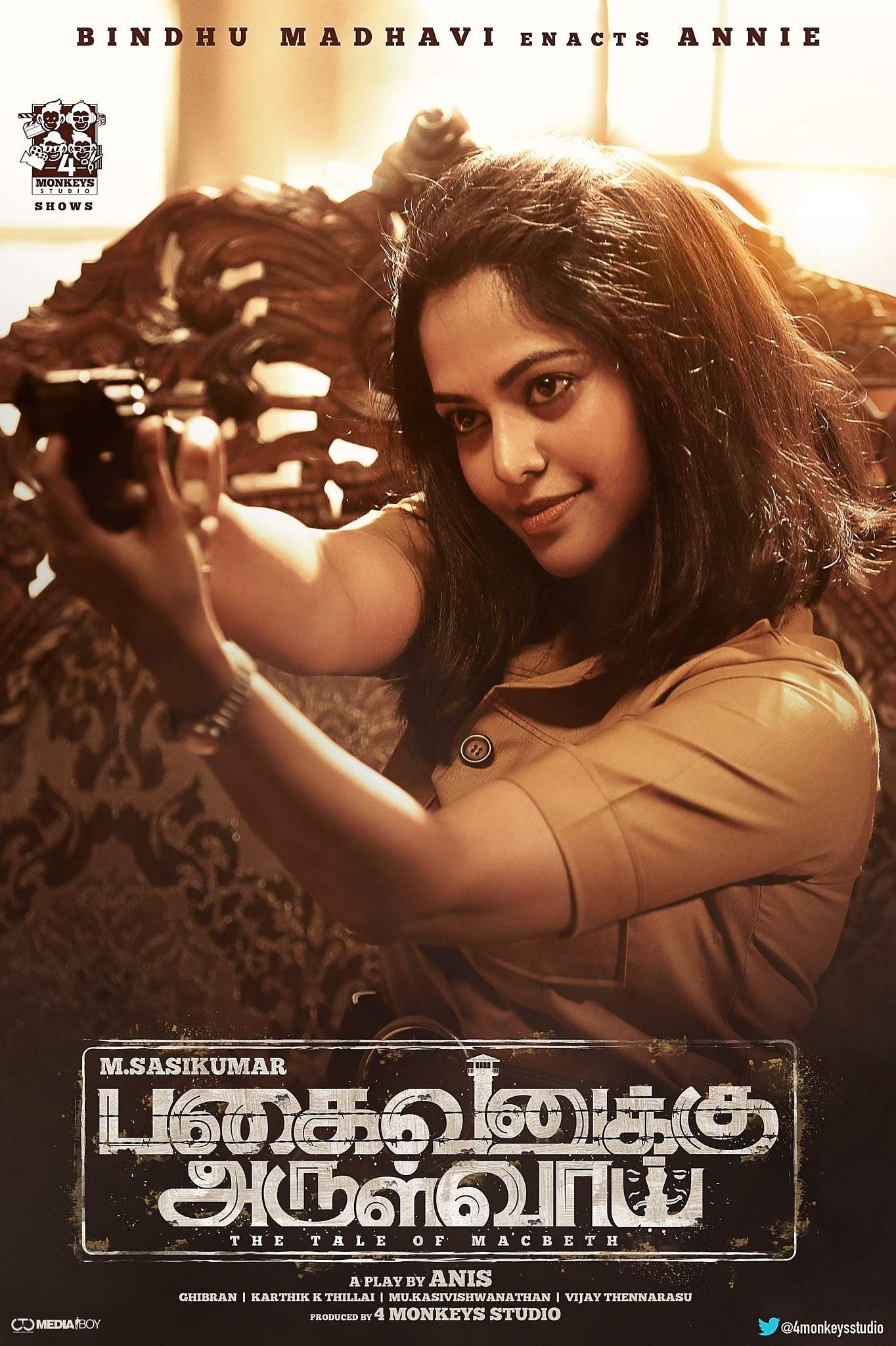 After several unsuccessful retakes, Anis learned why Bindu Madhavi was struggling with the shot. “You see, about eight years ago, I suffered a fracture in my right-hand after a serious car accident, which resulted in a metal plate getting inserted in my wrist. Ever since, I have been unable to lift serious weight for long. As a result of strength training, my right wrist has become better, but holding a heavy gun is still demanding. But I persisted with this shot, as I was eager to get things right.”

The longer it took, the more anxious she was getting. However, instead of being upset about the delay, Anis expressed appreciation and support. “He told me to take a break and said that he was happy to see the effort I was putting in, despite my pain. His supportive attitude helped me, and I surprised myself by getting the shot right immediately after we resumed!”