Priyanka Chopra: I hope to return to Bollywood soon

The actor spoke about The White Tiger, while touching on her autobiography, Unfinished, and what life is like as a Hollywood producer in this conversation with Kaveree Bamzai for E-Expressions

Priyanka Chopra was all smiles on account of the positive reception meted out to The White Tiger. The actor, who co-produced the direct-to-Netflix film, is thought to be a strong shout for the ‘Best Supporting Actress’ Oscar this year. Priyanka, in London where she is preparing for Citadel, executive produced by the Russo Brothers, expressed her gratitude at being recognised among the many “stunning female performers in the film”. In a chat arranged as part of E-Expressions, a series of webinars organised by The New Indian Express group, Priyanka Chopra spoke with senior journalist Kaveree Bamzai about several topics including work in Hollywood and her views about the representation of minorities. 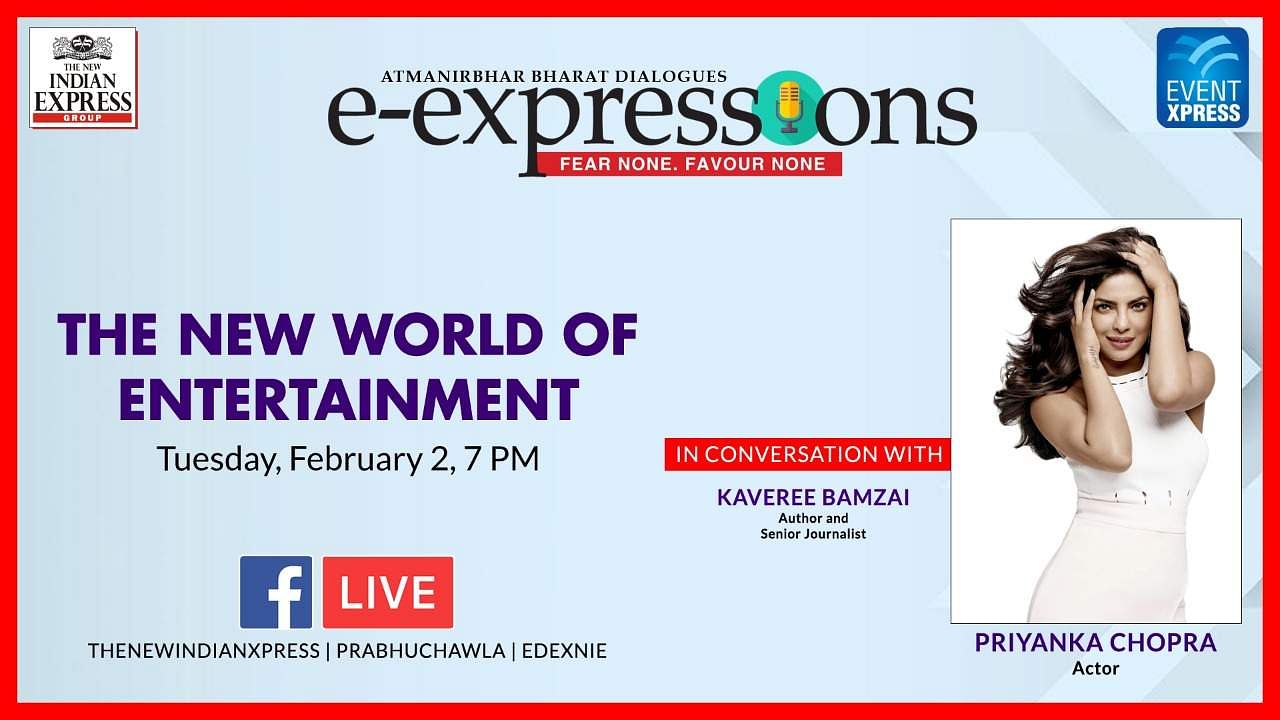 Priyanka shared that the grey shades of her character Pinky made The White Tiger journey particularly interesting for her. “Pinky wants to help people, but only within her comfort zone. She tries to be fakely woke and empathetic with Balram's character without realising her high ground. No matter how good a person's intentions are, it is good only after it turns into action." She also stated her belief that the message in the film is relevant not just for the Indian audience but for the world. “The White Tiger is a reminder for us to think about how desensitised we are about equality. The message is more relevant now as the pandemic has shown us that class division is very much real.”

Priyanka is a strong believer in creating change through art. “I am not a Governor or lawmaker, but I can use my abilities in cinema to start the right conversations. These sparks result in changes. I want to produce opportunities for minorities and the under-represented. I am a big champion for equality. Creating an alternate space for talents that have not found opportunities is my first step to achieving some equality," she stated.

The actor went on to speak about her rather frivolous use of social media. “I have never been one to discuss serious life issues there. Though there is great joy in being able to directly communicate with the people who love me, I remain cautious about the small community of people who thrive in spewing hate and venom.”

Priyanka is presently awaiting the launch of her autobiography, Unfinished, that she wrote during the lockdown. “I am terrified about the world reading it, but I am glad that I have reached a place where I am content and self-assured. Even though I have shared many traumatic incidents, I no longer shy away from talking about them.”

The work she put in the past decade, she said, is paying dividents finally. “I have many exciting updates to share. I have finished shooting for the Matrix film and Text for You during the pandemic. Citadel will keep me busy till the end of the year. I am also in talks for a Hindi film made by my friends. I hope to return to Bollywood soon.”