Location Diaries: When a mill turned into a hill station

This weekly column details the fascinating encounters that often take place on the sets of a film and this week, it is from the floors of Murungakkai Chips

The team of Murungakkai Chips initially planned to shoot the song, ‘Eedho Solla’, featuring Shanthnu Bhagyaraj and Athulya Ravi, in a foreign locale. “Director Srijar's vision was to shoot the song in a colorful manner, somewhat like Mani Ratnam's 'Pachai Nirame'. The plan originally was to shoot in a country like New Zealand, Australia, or Bulgaria. But due to the COVID outbreak, these plans got shelved,” says Shanthnu.

Choreographer Shobi master, however, found an alternative, in an unusual location—an old mill in Pondicherry that he planned to revamp. “We were surprised by the new choice of location, but Shobi was confident about pulling it off, with sprinklers, smoke, and a special camera. The way he transformed the mill into a lush, colorful setting left us amazed.”

The song, however, proved tough to shoot. “The mill was extremely hot and uncomfortable, and we had to shoot in it for four days. In order to make the setting look like a hill station, Shobi arranged for four water sprinklers and a smoke machine. The sprinklers provided us with some relief from the heat. There were days when even after finishing the shoot, we would stand under the sprinklers to cool down!” Additional shooting challenges came in the form of a slow-motion sequence that needed to be shot, according to Shanthnu. “For this sequence, producer Ravindhar Chandrasekar had procured a Phantom Ultra hi-speed camera, capable of shooting at a speed of 1,000 frames/second. It helped achieve what the choreographer wanted.”

Shooting with the special camera was no easy task for the actors, as they had to mouth the lines faster than they would do normally. “What you see as slow motion on screen is, in reality, shooting that is done really fast. In addition, Athulya and I also had to dance at thrice the normal speed.” 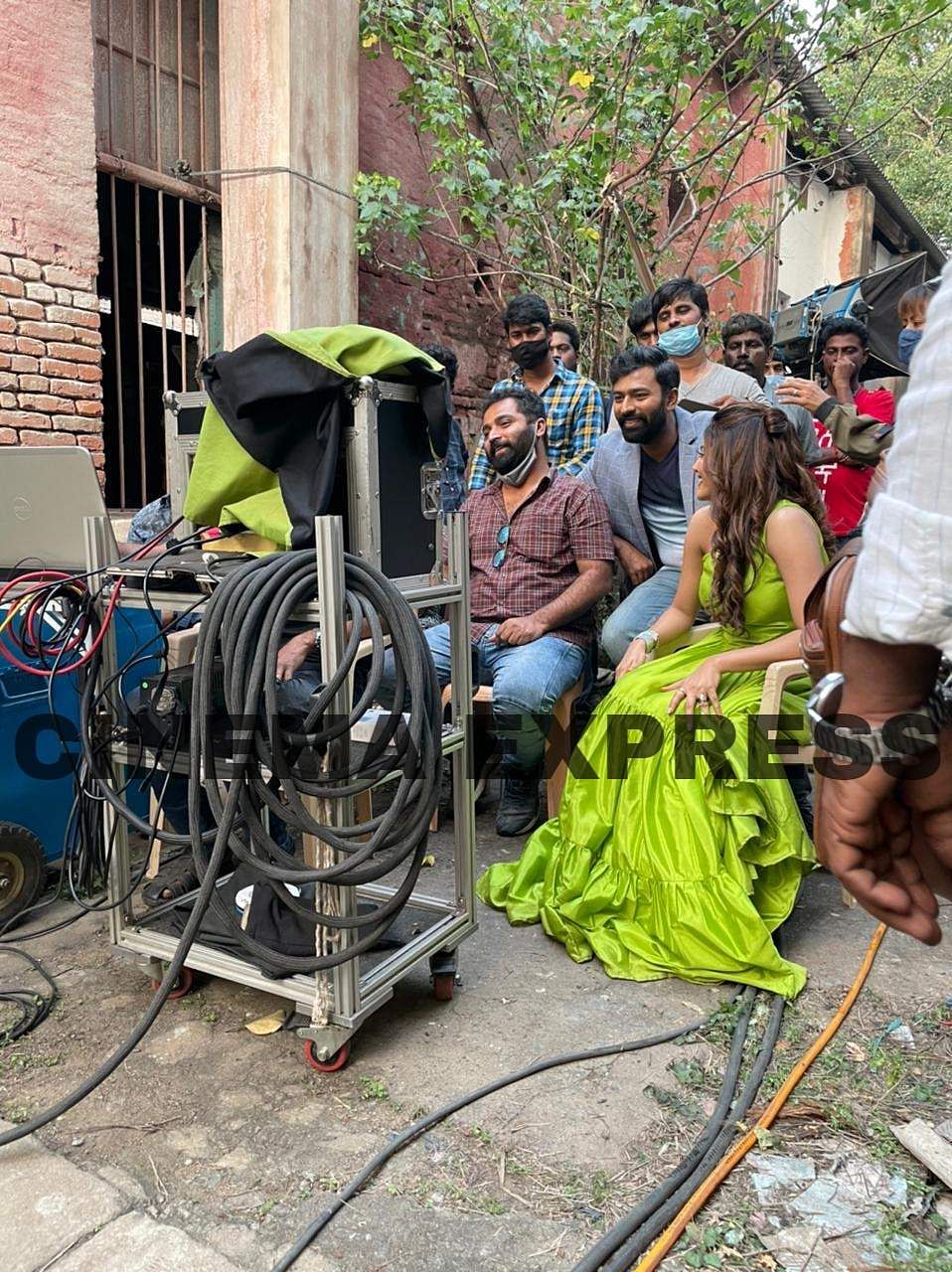 The actor shares that one shot, in particular, took almost 15 takes to perfect. “But when we finally saw the entire song on screen, we were mindblown—all thanks to the efforts of director Srijar, choreographer Shobhi master, and cinematographer Ramesh Chakravarthy, who transformed a rather unattractive-looking location into a rich and colorful setting.”