After scoring less in my 12th grade, I joined St. Joseph's College for a course in Computer Science. I spent a lot of time in the library. One day, my Tamil professor gave us the assignment of reading a book written by Vannadasan and narrating it to the class. When my turn came and I was reading it, the bell rang, but no one left the class. That's when I got the confidence that I could narrate a story well. The professor also spotted that talent in me and gave me the contact of his brother who was studying direction in Balu Mahendra Institute. After establishing that contact, we made short films. I got to know that Nalan sir was looking for assistants. I met him, we discussed for a long time and that discussion ventured into the film, No Country for Old Men. I spoke about how the film does not have a background score which he did not think was true. Then we went to an editor's house to check, and when he got to know that I was right, he told me to join his team.

Handling people is an art and I learnt that from Nalan sir. He knows what he wants and gets that from his artists without even them realising it. He would often say, "No sollalam, aana no solradhu avangalukku theriya koodathu." Ravi anna is very close to me as I know him from his associate days. He's like an elder brother. He is a perfectionist and gives importance even to minute details. 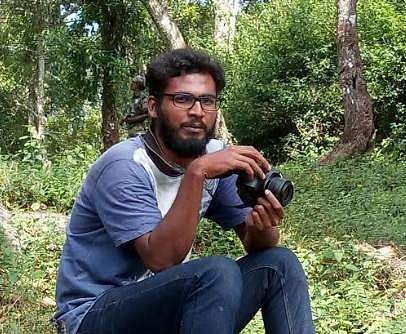 While shooting Soodhu Kavvum, we were a small team - almost like an indie film. We would cover our face with handkerchiefs to protect us from dust and would use whatever set item we could get our hands on and use it for crowd management. One day, I was doing that with my face covered, but the people were clearing faster than usual. That's when someone told me that I was pointing a fake gun at them while asking them to clear the space. Thankfully, I did not get into any trouble.

As I read a lot of books, I learnt a lot of theories. Only during its execution did I realise that all this bookish information is not actually necessary. Practical knowledge is more relevant and useful. Considering the films I primarily worked on, I had a hard time adapting.

The Tamil film industry can be in a much better state than what it is now. Two famous producers said recently that they listened to 400 and 600 stories each and they did not like even one out of it. The reason is they did not listen to stories of assistant or associate directors but those who had no connection with films whatsoever. Those who have practical knowledge about making a film know the artists, budgets and many things and 90 per cent of them would be having a good script. That said, these producers are not ready to do films without known actors in it. Malayalam films have great stories made in small budgets that give ample scope for the actors to perform, and result in decent profits. Here, the mindset is to do big films with a huge budget. For that, they have to rope in bigger stars and theatres and distributors are also playing it safe by buying just those films.

Many in the industry do not understand real-world problems. They live in the digital world and these celebrities seem to be happy with the feedback that they get via social media platforms. That's why doing films with YouTube celebrities is a trend now. The system that controls this industry is dead. There's a dire need for a change in dynamics and one person cannot change it. Thanks to certain YouTube channels, people think a film runs only for a weekend or three days. That mindset should be changed. Films that run for weeks together are still there. Even Malayalam films are running for a month in Chennai.

For my story, an actor like Ashok Selvan would do it. It needs someone who is a known face but is not moulded by an image and I think he fits the bill perfectly.