Enable Javscript for better performance
Direction Dreams: Vetrimaaran has been paying his assistants even during the lockdown- Cinema express
ADVERTISEMENT

Direction Dreams: Vetrimaaran has been paying his assistants even during the lockdown

...says Azhagiri Udayan, who has assisted Vetrimaaran, Rohan Krishna and R Pavan, in this edition of Direction Dreams

In conversation with: Azhagiri Udayan

Hailing from a village near the Javadhu Hills, my earliest memory of watching films was on VHS. I began reading books on Periyar and Ambedkar in 10th standard and this formed my political ideology. When I wanted a medium to share this with the masses, cinema seemed to be the best one. After school, I enrolled in the Film Institute, but once I got the chance to assist a director, I left the course midway. As in most cases, my family too was against the idea, but I was confident that I could make a mark. Seri poi thola nu dhaan serthu vittanga (laughs). After working with many directors, it feels like I've finally come to a place I didn't know I wanted to be — with Vetrimaaran sir.

Rohan Krishna taught me the importance of the chemistry between a director and the cast and crew. He was instrumental in bringing me to the industry. His very first short film, Paramapadham, bagged a National Award, and it's a film every institute student would have watched. Pavan is also a senior and he became a close friend. He taught me how to edit a scene. Patturajan sir gave me the freedom to work and that's a lovely attribute for a director. A friend worked with Vetrimaaran sir as an associate and he introduced me to him. I learnt the basics of filmmaking from Vetrimaaran. He takes care of his assistants dearly. He considers us his younger brothers. He has been paying his assistants even during the lockdown when no work is being done. I am not sure how many others do that.

I appear in a scene in Asuran. When Dhanush's character has to fall on everyone's feet in the village, my character is the only one who refuses. It was nice to wear a black shirt and do a role that matches my ideology. Also, there's a scene in the film where Dhanush has to plough a field; I helped him get a hang of it. Another memorable thing during the shooting of Asuran is playing kitti-pul with Vetri sir. 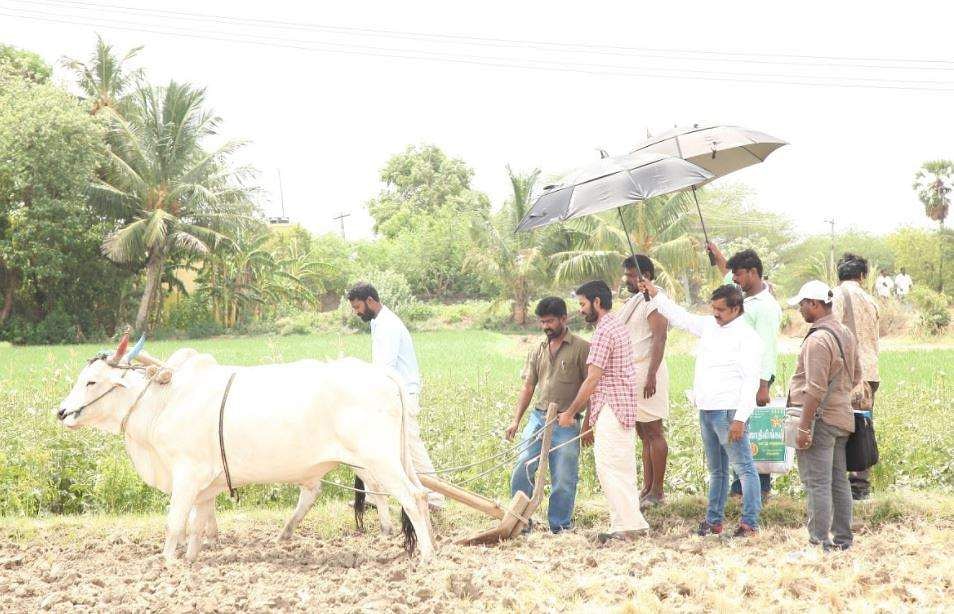 Tamil cinema is in a lovely place right now where anyone can make a film. This will, in turn, develop the industry itself. In the past few decades, stories were based primarily on a couple of characters, but now we are getting films based on society. Anna, Kalaignar and MR Radha, those who believed in Dravidian politics, made films that were society-centric at a time when epics and myths ruled the roost. Now again, we have directors like Pa Ranjith, Mari Selvaraj and Vetri sir bringing that trend back and questioning a lot of things with their films. This is what's going to take Tamil cinema to the next level.

The film industry had traditionally been driven by the producers. But lately, Tamil cinema seems to be in the hands of the heroes. If it goes back to the producers, that will pave way for better films — provided, of course, the producers respect the art. Thankfully, nowadays, there are many producers who get the complete picture a director is trying to paint.

Cinematographer Sridhar who shot Pariyerum Perumal would be my choice. He's a close friend, and more than that, I love his work. A cameraman's job is to visualise what a director has in his mind and he would be the best person to do it for me.