Assistant director Tamil Thirupathi Raja, who has worked with directors like Anandamoorthy and Susienthiran, talks about the state of cinema and his dreams in these uncertain times

In conversation with: Tamil Thirupathi Raja

It started during schooldays when trying to impress the opposite sex. Those with money could flaunt it in various ways, but as someone from a regular family, I had to be creative. I began writing poems like, which became a hit, and friends would often use these for their relationships. I also won poetry competitions and my teachers encouraged me to take it seriously. I decided on becoming a lyricist in the film industry. When I came to Chennai, I figured out that becoming a director is a much more creative process, so I decided to become an AD.

When I was looking for opportunities, I met Susienthiran sir. But he kept telling me to come back another day and I'd do so without fail. Later, he told me he did this intentionally so I would know the value of the position I've been given. During one of those days when I went to follow up, I realised that he was shooting outdoors for Pandiya Naadu. I found out where the shooting spot was and went there. But the bouncers would not let me in. I noticed some water bubble top cans nearby, so I carried one, told another set of bouncers that I was a production boy, and got in that way. Susienthiran sir was shocked to see what I did, but he praised my creativity.

The respect Susienthiran sir gives to people in the sets, irrespective of whether they are a star or a junior artist, is commendable. He also taught me that irrespective of how busy you are in a day, you must always find time to write something and watch a film. Most of us go to bed with some water next to us, but he keeps a notepad and a pen beside him to pen ideas as soon as they occur to him.

It was a surreal experience to work with Bharathiraaja sir during the shoot of Kennedy Club. While explaining a scene to him, I had to tell him that he would have to come from the corner of the frame to the middle, but I ended up saying that he had to come from the overlap - meaning he would have to come from outside the frame into it. When I was alone, he came to me, corrected what I said and told me that a director should always have clarity. I'll never forget that lesson in my life. 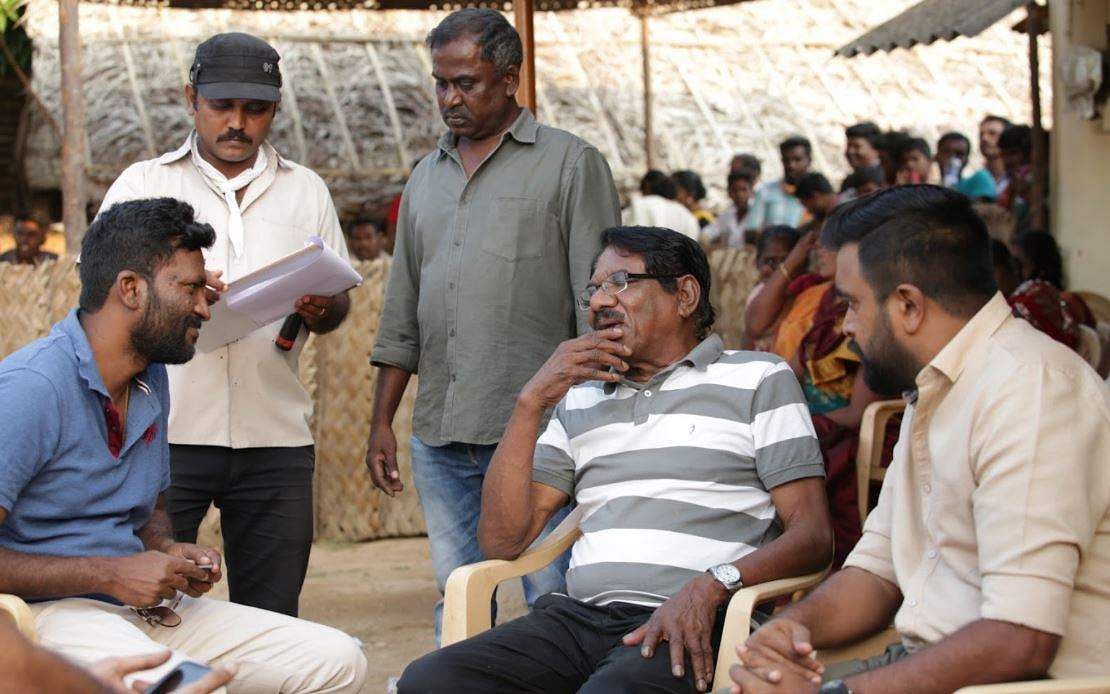 Dubbing is an art of its own. You can make or break a film with it. For example, in a backshot, I can add a line like, "Enna unga akka paiyan vanthutu poran, veetukulla vara maatana?" In that one line, I've established another character and the animosity between them without even showing that character. Even if the film is mediocre, concentrating on dubbing might save it.

In the current climate, it may seem like the entertainment industry is not so important, when the lives of the masses are at stake. However, you also have to consider the plight of the families that depend on the film industry for their daily bread. Only when the existing backlog of films is cleared will the producers listen to new scripts. OTT platforms have been the saving grace in facilitating this.

There are only a few producers who are keen on doing small yet meaningful films, while most only concentrate on the business aspects. Of course, that's important too, but the art has to be given its due respect too. Say someone has written a script over a span of a year and then tweaked it to perfection after narrating it to so many friends. A producer comes along and simply changes the climax. Imagine how it would hit us.

I've worked with cinematographer Velraj sir many times and he is a gifted technician. He has promised me that he would shoot my first film. (smiles)