...says  Gokula Krishnan, who has worked with directors Shankar Dayal, Siva, Raghava Lawrence, in this weekly column, which brings to you a promising assistant director, and their aspirations

To be honest, it wasn't a particular incident or a spark. The thought had always been there since childhood and I felt that there was a difference in how I perceived films. In college, I started viewing films from a technician's perspective. I didn't know anyone in the industry, so I had to scout for contacts, and after getting referred by people I barely knew, I got in.

I was astonished by the spontaneity of Shankar Dayal sir. He gives a lot of importance to dialogues. There was room for improvisation on his sets. Siva sir is more of a guru and a friend. He is keen on teaching us what he knows and he's extremely friendly and sportive. He would explain why a scene was shot in a certain manner and why he cast a particular artiste for a role. I learnt from Lawrence master that if a person were confident, every wrong turns into right.

On a birthday, I was busy with the shoot of Veeram. I thought no one knew that it was my birthday. We were shooting in a closed set and we were just coming out after pack-up. When the gate opened, there was a set up with a cake waiting for me which was arranged by the crew and Ajith sir. Vekkapattute cake vettuna oru situation. 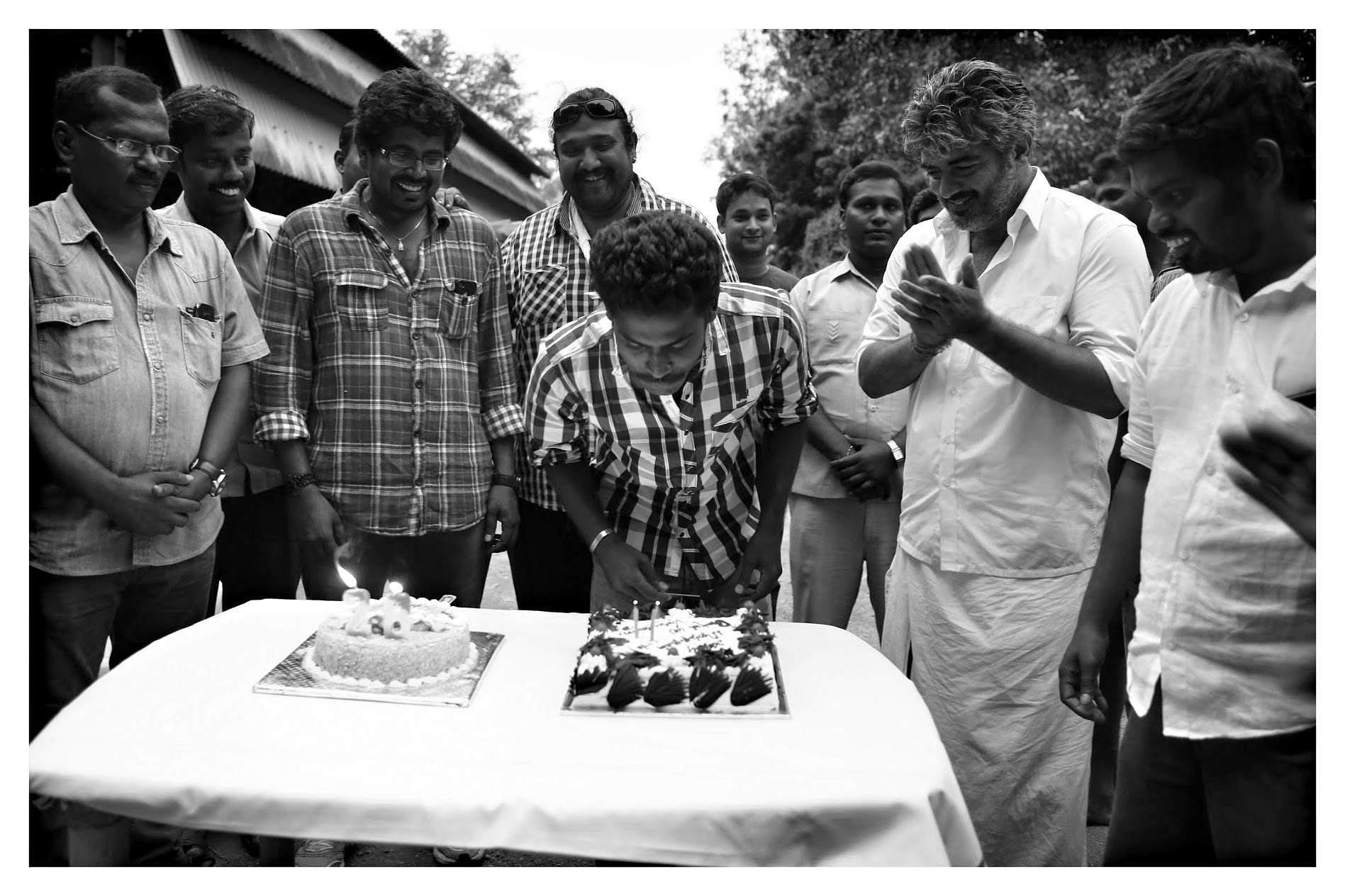 I took a long time to realise how continuity and cuts work. The cutting point always confused me. I had a hard time wrapping my head around how emotions and everything else would get conveyed when a shot gets cut in between. Only when I sat for editing did I realise how the flow is maintained.

I froze in my tracks when I met Balu Mahendra sir. I was working in his studio for some different work when he walked in to see what was happening. As he walked out, I couldn't help but follow him and introduce myself. The moment I shook hands with him remains fresh in my memory. I am a huge fan of him and it felt like meeting your first love.

What's one thing you think you can bring to Tamil cinema?

The current state of Tamil cinema can't be better. The makers are updated and there's so much novelty. Businesswise too, things are better. It used to be a huge deal for films to touch the Rs 50 crore mark but we.have gone past Rs 100 crore, and now, even Rs 300 crore. This means producers will be willing to shell out more money for films and that will translate into a better quality of work. If I had to bring in a change, I wish we tried more genres.

Dhanush sir, because you can do anything with him. You can do a mass commercial film as well as an art film and that's something that he has been proving.