Enable Javscript for better performance
Sense of a scene:Cooking up a comedy-Manobala talk about directing Rajinikanth Radikaa in Oorkavalan- Cinema express
ADVERTISEMENT

Sense of a scene: Cooking up a comedy - Manobala talks about the idly comedy scene in Oorkavalan

In this week's column, Manobala, who directed Rajinikanth and Radikaa in Oorkavalan, talks about the iconic idli comedy'

"Looking macroscopically, one would think that Oorkaavalan is a serious film as it starts with a tragic flashback and deals with issues like superstition. But it turned out to be one of the wholesome commercial Rajini films of the time. Major credit for the film's success must go to the film's writer RM Veerappan sir. He insisted that I use the iconic idly comedy scene involving Radikaa Sarathkumar and Rajinikanth at the beginning of the second half as the events that follow are pretty serious and the audience would need breathing space.

The scene was initially conceived as a girl eavesdropping on her fiancee's conversation about his expectations of his future wife and then fulfilling his wishes. Since both the leads are experts in comic sequences, we thought we should go over-the-top with everything. Be it Radikaa's makeup, the number of idlies on Rajini's plate or the sambrani smoke in the background, everything you see and hear in the scene is exaggerated on purpose.

When I told Rajini sir the outline of the scene, he was hesitant at first. "Yenna dummy aaki Radikaa saaptutu poida poranga", and kept postponing the shoot of this scene, till finally, this became the last scene. I had great faith in his sense of humour and convinced him saying that comedy scenes shouldered by heroes have a wider appeal than ones featuring regular comedy actors. I still vividly remember the shoot that happened in Arunachalam Studios. According to the story, the scene happens around 2 am, but we shot it from 6 pm to 8 pm. 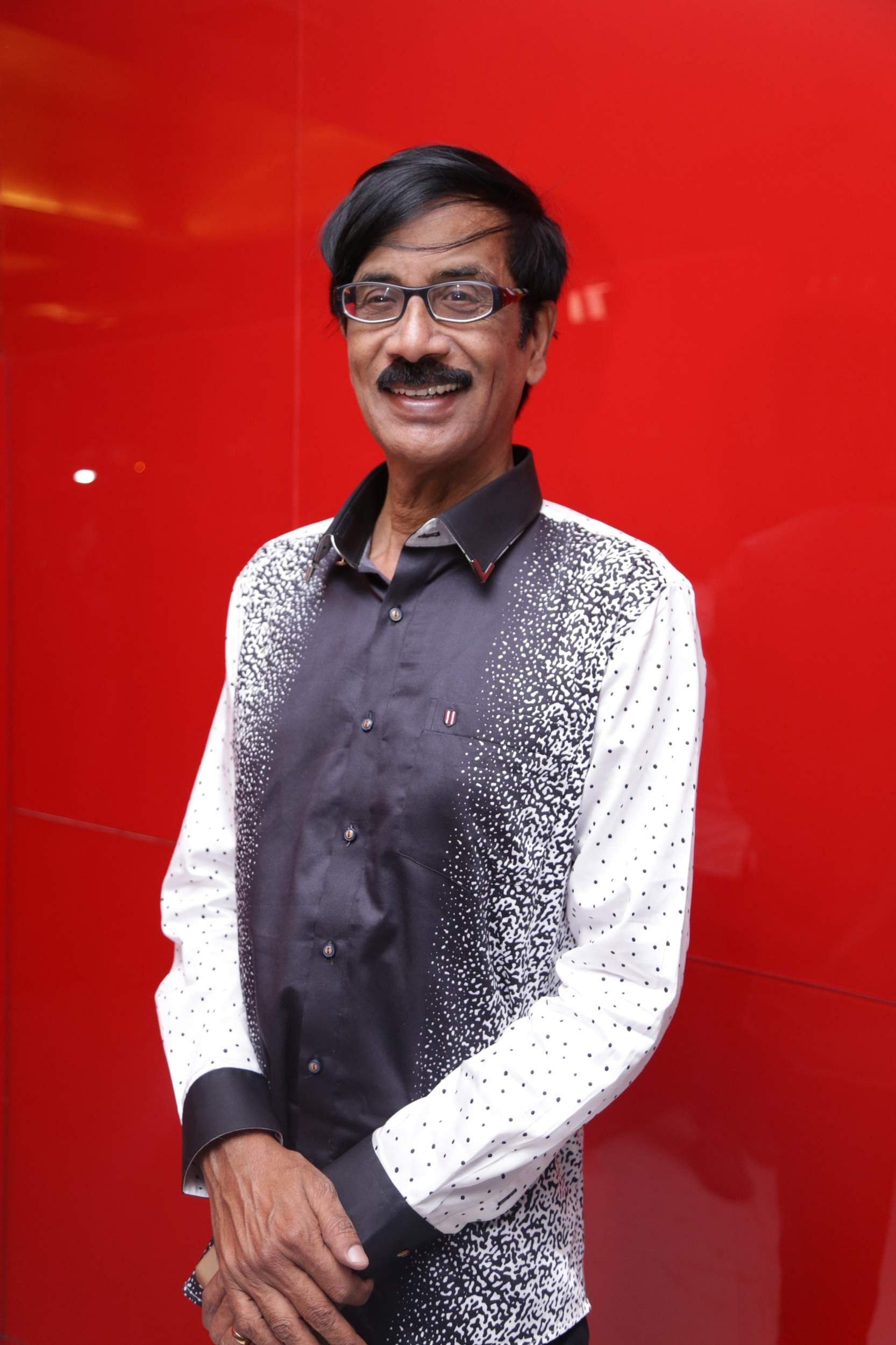 Radikaa was asked to come to the sets wearing a yellow saree. She initially came with a relatively small pottu, but I was particular that she looks a bit cartoonish to have the scene work. So, I asked the makeup artists to make the pottu as big as the one sported by Kunnakudi Vaidyanathan sir. Having my roots from Bharathiraja sir's school of direction, I've seen Radikaa grow both as an actor and person. We share an amazing bond. So she agreed without hesitation. She let herself go completely. Even when I asked her to do random dance moves without sticking to the usual choreography for the Pattu Sattai Karan song, she did that with full energy.

Both Radhikaa and Rajini sir kept asking me to act out the scene for them. The 'mama, vidinjiruchu endhiri paa' modulation was suggested by me. If you notice, when Rajini speaks to his friends he explains everything in the form of mono acting and uses several sound effects. We had planned this in the scripting stage and for the idli scene, I requested the composers Shankar Ganesh to recreate the sounds using instruments.

Though we had absolute fun while canning this sequence, we were also tense about the output. We didn't have monitors then to check the final out. We had to take the reel, process it, before looking at the rushes. We saw the out along with a bunch of people including Sathya Jyothi Thyagarajan. He got excited and called Rajini sir at once to share how much he loved his performance.

When the film was released, the audience loved the scene as much as we did making it. I believe that the strong writing and exceptional performance of the leads was the reason behind the success of this comedy sequence. Panchu Arunachalam sir always used to say that while penning a screenplay, the writer has to introduce the hero as a commoner, before revealing his serious backstory, to organically add commercial elements like romance and comedy. Both RM Veerappan sir and I followed this as a thumb rule throughout the making of Oorkavalan. It feels so heartening to see people enjoy our film even after three decades.